Even though this generation's Mario Kart came with a lot of content right out of the box, Nintendo has taken cues from other contemporary developers and given it two DLC packs filled with extra tracks, karts and characters to play as. While the first came out late last year, with Nintendo's acceleration of the second's release, we're now only a week away, so the Japanese developer has shown off what's coming in the update via a new trailer. 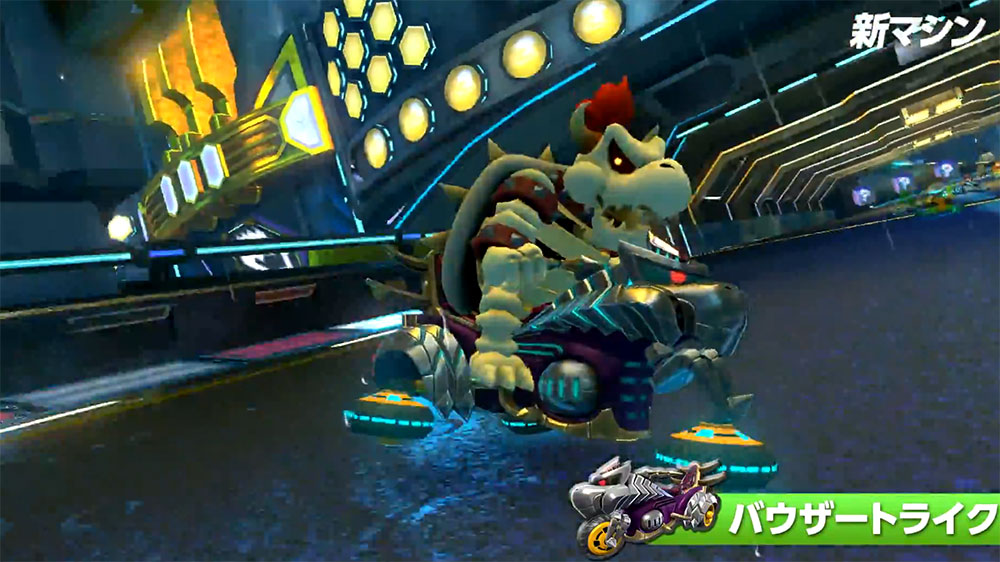 New characters coming in the update include the villager from Animal Crossing, as well as Isabelle from the same game series and “Dry Bowser,” who appears not to have any skin or muscles.

New tracks include one based around Animal Crossing, which will have four distinct sections based around the seasons, as well as one called Rin Rin Metro, Big Blue and Nature Road. Among the returning favourites are a number from handheld Mario Kart titles of yesteryear, including Cheese Land and Ribbon Road from the GBA version of the game, and Neo Bowser City from the 3DS. The only old console track is Baby Park, which came out with Double Dash on the GameCube.

The DLC pack will also add four new karts/bikes to the game, including the previously announced Streetle and City Tripper. All in all, users will need 1GB of storage space for the update.

Set for release on 23rd April, the new Mario Kart 8 DLC will cost those that haven't bought it already, £7.

KitGuru Says: While I think Nintendo could have done with having a bit more of a limited, but regular release schedule for Mario Kart 8, the fact that there's so many new tracks incoming is pretty exciting.