The Titanfall press wheel is beginning to spin in the build up to the game’s release in early March, so while we’ve already had a look at one faction in the game, the Militia, this time about Respawn has released details on their opposition, the Interstellar Manufacturing Corporation.

The IMC supposedly went from humble beginnings as a natural resource miner, through acquisitions, buyouts and continued market cornering, ultimately evolved into the, “sprawling commercial empire” that it is today. Through exploitative practices, it continues to expand operations in the commercial sector.

The three main characters within the company’s command structure are Graves, Blisk and Spyglass. The former of that group is the commander in chief of Frontier Command, with the overly long abbreviation, CINCFRONT. Even among the organised ranks of the IMC, Graves has a reputation for being a maverick. 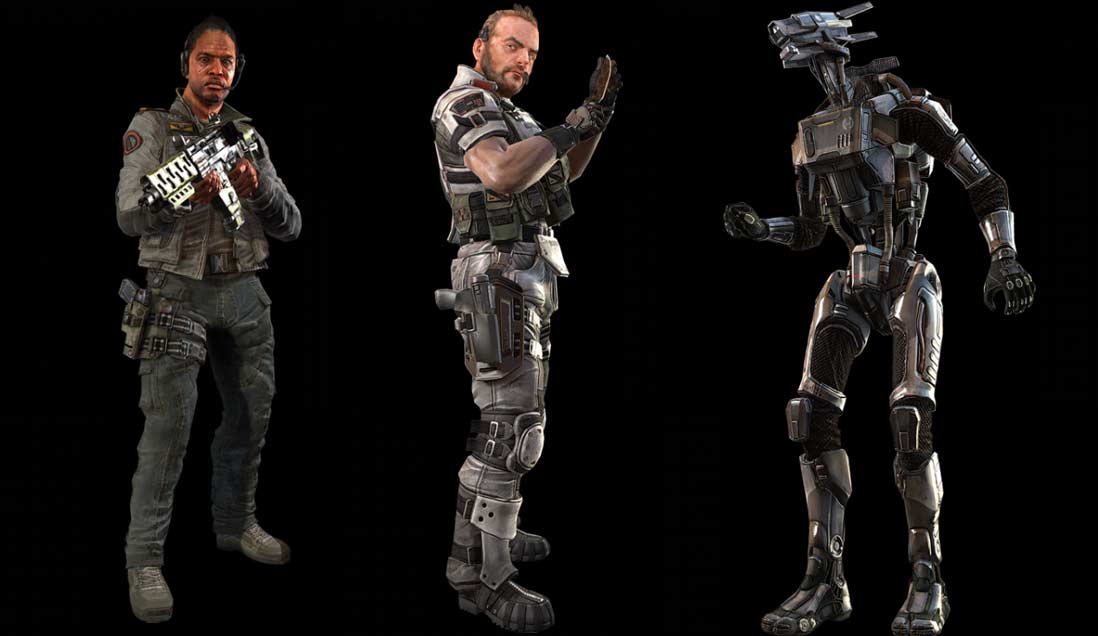 Blisk is a simple South African mercenary, offering combat intel and “counter-insurgency” services. He makes good enough money that retirement is always an option, but the job is too fun to pass up. And Spyglass, he’s a robot with a camera for a face, or as Respawn puts it: “Spyglass is a physical manifestation of the IMC’s vast computational network identity, handling logistics, navigation, deployment, and communications between all IMC forces on the Frontier. Spyglass units are built on a modified Spectre chassis and are considered expendable in the field, often accompanying ground forces aboard dropships to provide up-to-date mission information and live surveillance.”

More details about the game are expected to drop in the next few weeks. Titanfall releases on Xbox One and PC on 13th March (11th in the US) and 25th on the Xbox 360.

KitGuru Says: What do you guys think of the factions so far? Do you like the blend of corporate greed and freedom fighters? Or is it a bit cliché for you?