Some time last year, Activision’s Deadpool game vanished from digital stores without a trace. At the time, neither the publisher or Marvel commented on what was going on but clearly it was some form of licensing issue. Then a few months ago, Deadpool reappeared on Steam and was once again available for purchase. Now the game is also heading over to the PS4 and Xbox One.

While Deadpool coming to more systems sounds good, don’t be fooled in to thinking that this will be a remaster. A short while back, Activision re-released Prototype 1 on the new consoles with no graphical improvements and in some cases, the game actually ran worse on the new hardware. 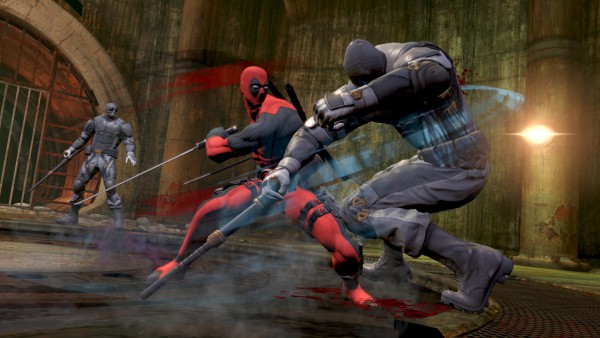 With that in mind, if you have already played Deadpool on an older console or the PC, don’t expect the Xbox One or PS4 experience to be any different. We can speculate that the publisher’s renewed interest in the Deadpool game was spurred by the announcement of the Deadpool movie, which recently had its first trailer released over the summer.

The Deadpool game itself was actually pretty well received, with many praising the game’s humour, so if you never had the pleasure of playing it, then you will be able to get your hands on the Xbox One or PS4 version on the 20th of November. Alternatively, you could get the PC version, which is readily available on Steam.

KitGuru Says: This just seems like a case of Activision cashing in on the recent Deadpool hype more than anything, which is to be expected. Just don’t expect the re-release to be much of an improvement over the original game.