Update: Battlefield Hardline’s first DLC pack, known as ‘Criminal Activity’ now has a new 60 frames per second trailer, teasing the new maps that we can expect to see in the game’s first expansion. In addition, the trailer’s description reveals that those who bought Battlefield Premium will be getting two weeks of early access to the expansion before it is released standalone.

Battlefield Premium costs between £30 and £40 depending on where you shop. This DLC is the first of four and will eventually be sold separately for between £10 and £15, although no exact price has been announced just yet.

Original Story: We have some details on the first DLC pack for Battlefield Hardline. After a few teases, Visceral Games finally came clean, announcing the first DLC for its cop focused Battlefield shooter. The first pack is called ‘Criminal Activity’ and it includes new maps, guns, gear and vehicles alongside a new game mode.

The most exciting announcement here is probably the new game mode, which is called ‘Bounty Hunter’, unfortunately though , Visceral did not dish out the details surrounding it. 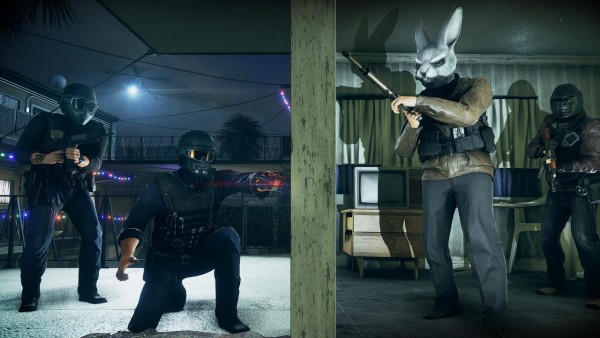 Criminal Activity is set to include four new maps, known as Backwoods, Code Blue, The Beat and Black Friday. There will be two new ammunition types for certain weapons and two new vehicles. One new gadget is being added to the game, three new guns, the bounty hunter game mode and six new masks.

This is the first of four DLC packs planned for Battlefield Hardline. Criminal Activity launches in June on all platforms. Those who bought in to the Battlefield Premium membership scheme will get early access to the DLC. Those looking to buy the DLC standalone will have to wait a bit longer to find out the price although in the past they have typically gone for around £12.

KitGuru Says: Battlefield Hardline was an alright game but its sales were likely hurt by the drama surrounding Battlefield 4. Additionally, there will likely be a Battlefield 5 next year from DICE. Do any of you own Hardline? Will you be playing the new DLC or are you sticking to Battlefield 4?