Black Ops 3 will support mods and custom maps next year

Treyarch has said plenty of times in the lead up to Call of Duty: Black Ops 3 that it is setting out to make an excellent PC game. Now, it seems that the studio is going the extra mile to make good on that, by announcing mod support and custom map tools, both of which will arrive early next year after the game'a launch this week. These tools will be tested in March next year.

PC gamers often appreciate the inclusion of map making tools and mods when it comes to most games, which Treyarch knows given that mod and map tool support is often one of its most requested features. 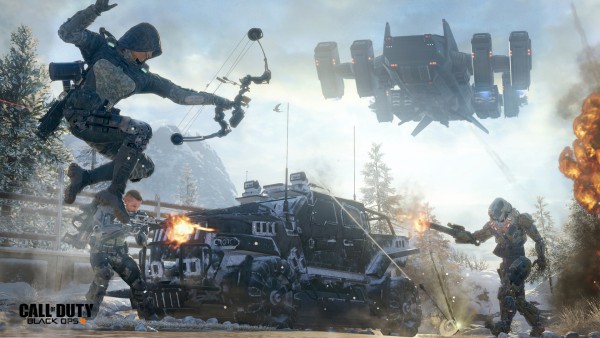 Obviously you won't be able to run mods on ranked servers. However, Treyarch plans to give PC gamers the tools to set up their own dedicated community servers, on which they can do whatever they choose. Things could take a while though, testing will enter the closed alpha phase in March next year, so who knows when the final product will arrive.

With these tools, Treyarch wants users to be able to make their own maps and game modes so this could very well end up being the best Call of Duty PC game to date. More information is due to arrive at some point in the future but for now, you will be able to grab the base game on the 4th of November.

KitGuru Says: This is actually pretty exciting news and may end up winning some PC gamers back to the series. Do any of you still play Call of Duty on the PC? What do you think of this announcement from Treyarch?