Last week, Cliff Bleszinski’s new game, LawBreakers, officially released following many public beta and alpha tests. The first person shooter didn’t get off to the best start though, with the game failing to break into the top 100 games on Steam for that week. This has led to some concerns that the game may fail to generate a healthy player base early on but it seems that Bleszinski is confident that things will pick up.

LawBreakers is a first person shooter with arena style maps, different hero classes to choose from and anti-gravity. We first saw the game announced a couple of years ago and throughout 2016/2017, there have been plenty of chances to play the game ahead of release. Over the weekend, the game managed around 1500 concurrent players, which is well below what you would want for a brand new multiplayer game. 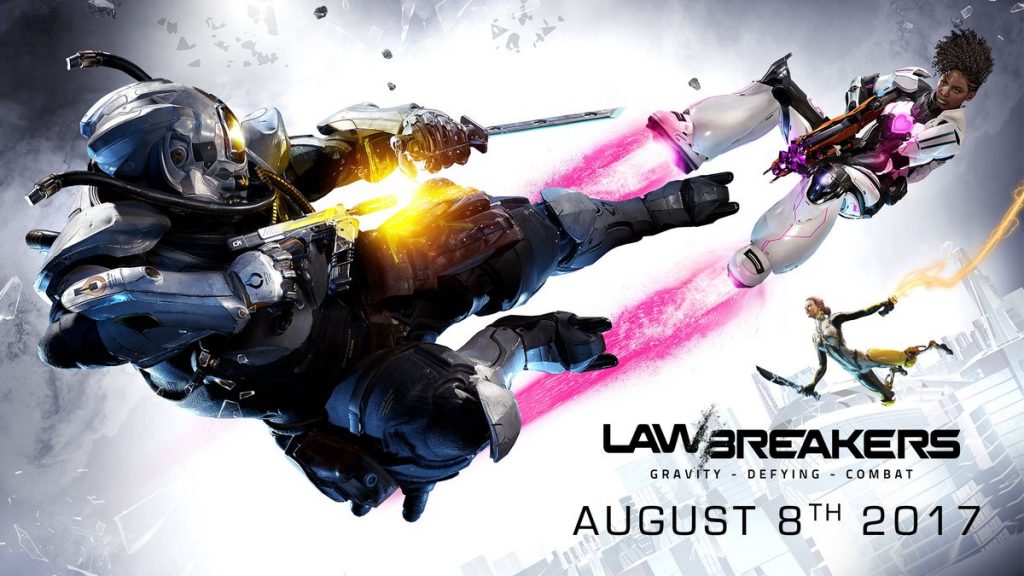 Bleszinski addressed this concern during an interview with Eurogamer this week, stating that he views this as a “marathon and not a sprint”. Here is the full quote:

“It’s like I said, it’s a marathon not a sprint. I’d rather be the underhyped game that slowly ramps up into something that people adore than something that comes out with way too much hype that there’s a backlash for, which is why I think the Steam reviews are so positive. We’re going to continue to raise awareness, continue to support the product – if you look at the phenomenon that was League of Legends, it built off a Warcraft 3 mod then slowly but surely blossomed into this immense amazing thing, and I’d rather be the game that comes up and has that hockey stick ramp with a slow burn and builds up rather than the triple-A hype machine where you have a bazillion people playing it month one and it goes down exponentially then they follow up with an annual product.”

Whether or not Bleszinski will be able to win people over throughout the year remains to be seen but at least he seems confident that it can be done.

KitGuru Says: LawBreakers looks like an interesting game but at this point, I feel like I got my fill during the public and private beta tests. Have any of you tried out LawBreakers yet? Is it something you’d consider buying?

Previous Mechanical keyboards at the ‘next level’: r/MechanicalKeyboardsUK gallery showcase
Next Win one of 3 HyperX Cloud Stinger headsets!