Our first game delay of the year has arrived and unfortunately, it affects a game that shows a lot of promise- Scalebound, from Platinum Games. This title was announced back in 2013 and was due to come out later this year, unfortunately, the studio needs more time, so we won't be seeing the dragon-infested action-RPG until 2017.

This could also be seen as disappointing news for PC gamers as while this is currently a Xbox One exclusive, there has been talk of Scalebound also heading to the PC. In a statement released today, Platinum Games explained that while “development on the game is going well”, the game is just so big that it needs the extra time and attention to get right. 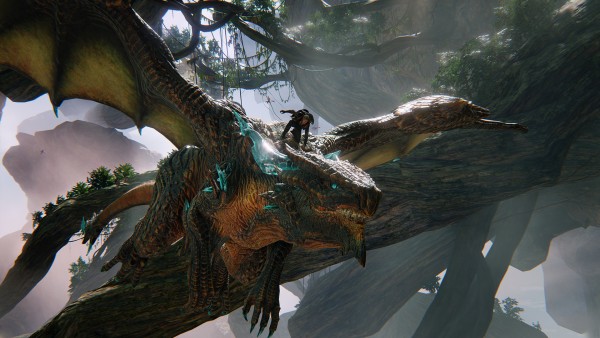 “Development on the game is going well and we're really happy with how it's coming together. Scalebound is one of the biggest games PlatinumGames has ever created: an epic adventure filled with exploration and fantasy gameplay, inventive multiplayer, and action-packed battles on an unbelievable scale – all set in a beautiful and evolving world. It's the game our team has always dreamed of making.”

“In order to deliver on our ambitious vision and ensure that Scalebound lives up to expectations, we will be launching the game in 2017. This will give us the time needed to bring to life all the innovative features and thrilling gameplay experiences that we have planned.”

This isn't too surprising, though, after all, Platinum Games has a lot of high-profile projects on the go right now, with Scalebound for Microsoft, Nier for Square Enix and Star Fox Zero for Nintendo.

KitGuru Says: Scalebound has been one of my most anticipated Xbox One exclusives since it was announced. That said, we haven't actually seen that much of it, aside from the small amount of gameplay shown at E3 in 2015. I'm also hoping for a PC release though that hasn't been confirmed just yet. Have any of you been following Scalebound at all?

Previous You will be able to pre-order the Oculus Rift in two days
Next Samsung has shown off its tiny, portable 2TB SSD