NymphCast turns your Raspberry Pi into a streaming device

NymphCast is an open source project hosted at GitHub that allows your Raspberry Pi to be used as a streaming device. Maya Posch – the developer behind the free software – explains that NymphCast lets your “Linux-capable hardware” to be used as an audio and video source.

NymphCast, however, is not limited to Raspberry Pi – it can be installed on “similar” single board computers (SBC). At the moment it's not entirely clear what qualifies as a “similar” SBC, but it doesn't seem unreasonable that Orange Pi could also utilise the software. Maya Posch chooses to describe NymphCast as an “audio and video casting system with support for custom applications.”, whereas Tom's Hardware compares NymphCast with Chromecast. 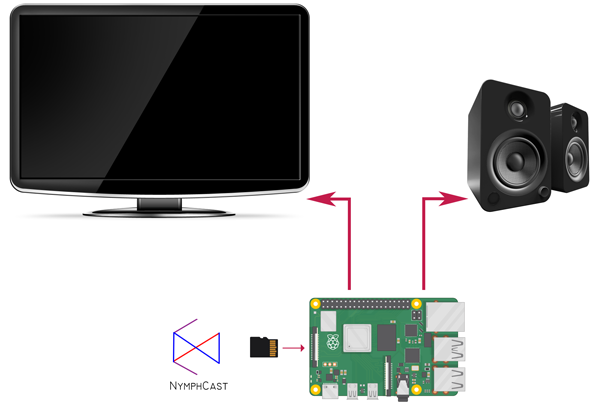 The software is still in an early stage of development so bugs and stability issues can be expected. Eventual issues found when using NymphCast can be reported HERE.

KitGuru says: What's your thoughts on NymphCast? Are you willing to give it a try?