RED’s Hydrogen One smartphone launched at the end of last year, with the general consensus admiring the effort but criticising its dated design and $1,300 price tag. It seems as though the company isn’t stopping there as RED has now teased its compatible 3D camera rig dubbed “Lithium.”

“Big things in the works for next for next year: Lithium,” read the teaser for RED’s new gadget, which is Lucid’s long-awaited 3D/4V camera that uses the Hydrogen One smartphone as its controller. Sceptics are sure to question the rig’s practicality when smartphones are designed to be portable, but Lithium is actually half the weight of current 3D cameras on the market.

Weighing just 6 pounds without a battery, Lithium brings 3D camera technology more in line with traditional filmmaking. Doing away with the need for headsets, the Hydrogen One acts as a monitor, allowing for cinematographers and directors to better collaborate on-the-fly, making amendments and adjustments to the shot when needed. 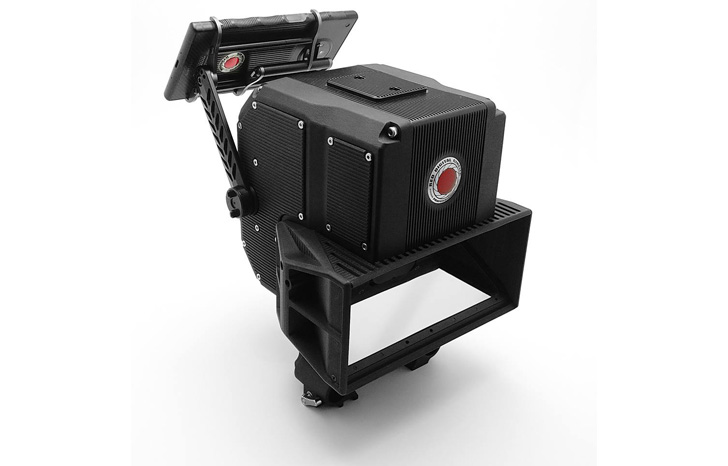 Talking to Engadget, collaborator Phil Holland stated that the device is “designed to create very high quality H4V images,” describing it to be a lightweight stereo rig featuring two digital cinema sensors.” Lithium also “features zoom lenses and is one of the most compact and flexible ways to shoot high quality stereoscopic motion pictures ever.”

More information on Lithium should arrive later in the year, with no concrete release date as of yet. Price is also subject to debate, but given the price of the Hydrogen One, Lithium is likely to be geared towards enthusiasts.

KitGuru Says: I can admire how revolutionary this might be for filmmakers, but it seems to have missed the boat on 3D films. While the technology is still in use, it isn’t nearly as popular as it used to be, with many shifting over to high-resolution IMAX in cinemas and experimental 360-degree video which Lucid is known for. How do you think Red’s new device will affect the film industry?