HP have officially revealed their new Envy 14 Spectre at the CES show in Las Vegas. This is being pitched as a ‘premium ultrabook’ with a price tag to match. It measures 0.78 inches thick and is reminiscent of a Macbook machine in the PR picture we received.

The Spectre has a 14 inch screen, with 1600×900 resolution and all the components are built into a 13 inch chassis. Pricing in the states is confirmed to start ar $1,399 with Core i5 2467M processor, 4GB of DDR3 memory and a 128GB mSATA SSD. It also ships with backlit keyboard, and has a reported 9-10 hour battery life. According to reports they will offer a Core i7 version, at extra cost.

The machine has an SD card reader, two USB ports. Video output is impressive, with HDMI, Mini Displayport offered. Intel Wireless is built in, and a ‘Wireless Audio’ feature which allows the user to stream audio to four external devices or directly to any KleerNet compatible device.

Kitguru says: It is said to be available in America early February, and should hit the UK market shortly afterwards. UK pricing has not been confirmed, but we would expect prices to start at £1,200. Not cheap. 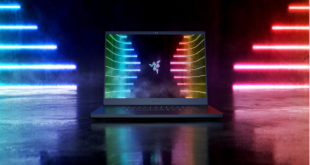