The device itself is rather small and the keyboard looks very much like a Blackberry keyboard (and is a similar size).

The top set of keys are the media controls, and in the middle we have the track-pad and mouse buttons.

The QWERTY keyboard features a lot of dual-function keys, allowing for Page Up/Down and keypad illumination on/off as well as all the standard punctuation. Interestingly there are two FN keys, suggesting they expect you to use both thumbs to type with.

At the top of the device is a little on/off switch, so you can turn it off to save the battery when you aren’t going to use it for a while.

The device is thinner at the top than the bottom, so it fits nicely in hand.

The back has a sleek dark black cover.

The top is where the receiver is stored and it just slides in/out of place.

The receiver is not much bigger than the USB connector and will fit into any free USB port. 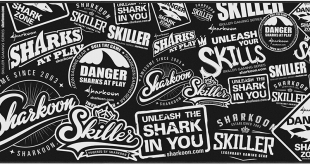