We have already heard a little bit about AMD's new AM4 platform, which launched just recently for OEMs. However, we have yet to see the socket on any high-end motherboards. Fortunately, if this week's reports are to be believed, we now have an idea of when to expect high-end AM4 motherboards with the X370 chipset, which will launch alongside AMD's new Zen processor.

According to a report from Benchlife this week, Socket AM4 will have three chipsets, ‘B350' and ‘A320' for low and mid-range boards, and X370 for the high-end. According to the report, motherboard makers are already stocking up on motherboards for all three AM4 chipsets and we may even see a few of these pop up in October. 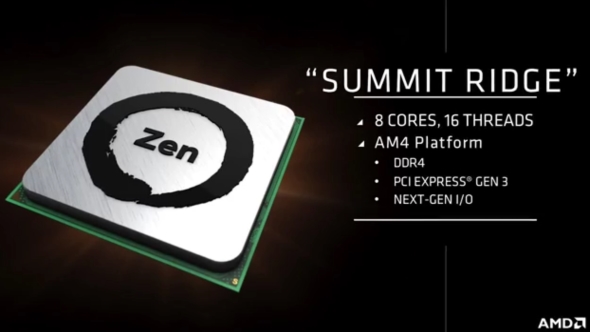 However, the really exciting stuff will be showing up in January, likely at CES as AMD gears up to launch its first Zen CPU, which is said to be launching by February, alongside a slew of new motherboards.

Obviously, none of this information is confirmed or verified by AMD, so take this information with a pinch of salt. However, given everything we have been hearing so far about Zen's launch, it would make sense for it to hit store shelves in January/February.

KitGuru Says: The official Zen launch window is still Q1 2017, which could mean anytime between January and March but hopefully it will arrive sooner rather than later. Are any of you guys holding out for Zen before upgrading?