EA and Respawn Entertainment have announced that Titanfall will be re-released at the end of this year, packing in all of the DLC that came with the season pass. Titanfall Deluxe Edition will be coming to the PC and Xbox One for $40 and $50 respectively.

The three DLC packs included in the game are known as: Expedition, Frontier's Edge and IMC Rising. Each DLC contained an additional three maps although no new titans or monsters were added to the game despite hopes that they would be. 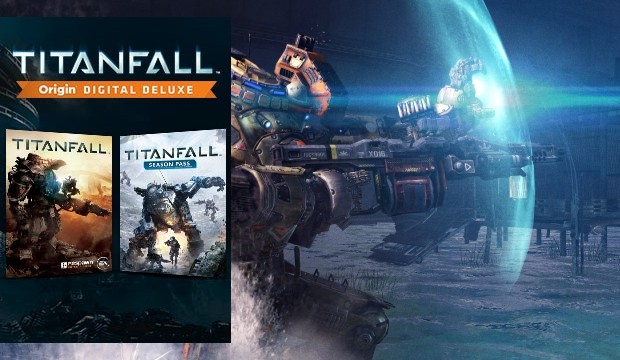 There is currently no word on a physical release for the Deluxe Edition, it appears to be digital only for now. Titanfall has recently been revealed to be the best selling new IP for the Xbox One. The game is said to have sold fairly well although there is no confirmation on a sequel just yet.

That said, I imagine most people would guess that something will be teased or announced next year. EA is looking to turn Titanfall in to a successful franchise after all. The sequel also has the potential to do even better as it may release for other platforms unless Microsoft works out another exclusivity deal for the series.

KitGuru Says: Titanfall reviewed well and the initial two weeks of multiplayer featured packed servers. Unfortunately, the DLC didn't really add anything new to the game aside from over-priced maps, which failed to re-invigorate the multiplayer on PC. Have any of you guys played Titanfall at all in the last few months? What would you like to see changed in a potential sequel?

Previous As Insomnia i53 kicks off explore its origins with Craig Fletcher: KitGuru TV
Next Asus RT-AC87U 4×4 (Bridge Mode) Review