We've got our first indicator of Intel 11th Gen ‘Tiger Lake' CPU performance this week, as a couple of upcoming Lenovo laptops sporting new CPUs were spotted on the Geekbench database. One of these laptops housed an Intel Core i5-1135G7, while the other was running an Intel Core i7-1165G7.

Both the Intel Core i5-1135G7 and the Core i7-1165G7 are 4C/8T processors using Intel's Tiger Lake architecture. This is the successor to Ice Lake and also the first Intel CPU to use 10nm Willow Cove cores and integrated Intel Xe graphics. 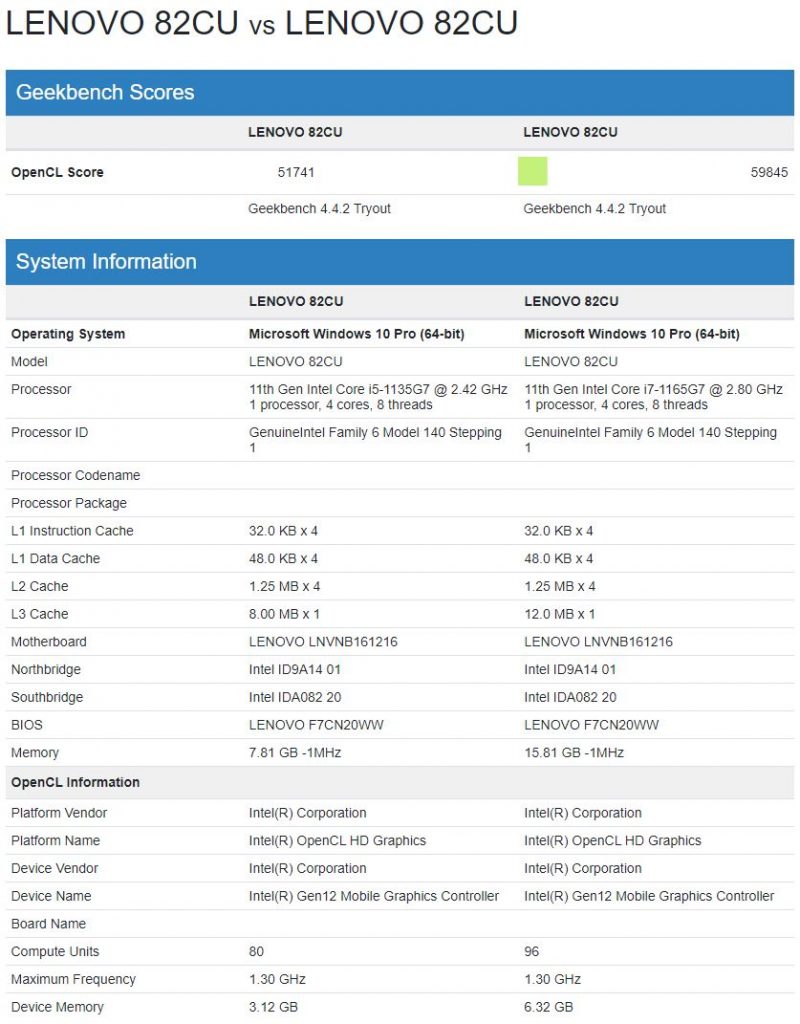 Additional comparisons were found via @_rogame, who points out that the iGPU of the Intel Core i7-1165G7 is on par with Nvidia's MX350 mobile GPU. It's clear that there are distinct workloads where one wins over the other, but in the end, the total scores of both GPUs are very similar.

KitGuru Says: Are you waiting on Intel Tiger Lake to buy a new laptop? Do you think the Xe Graphics and the Willow Cove core design will be worth the wait?