In a strange turn of events, Chinese GPU manufacturer Colorful has been caught red handed sporting the same ‘About Us’ section on its website as director competitor EVGA. Colorful has now addressed the situation directly, claiming that the copy-and-paste debacle was due to outsourcing, and not a problem it is directly responsible for.

The story originally cropped up on Reddit, thanks to user dweller_12, who explained that Colorful not only took EVGA’s “About Us” page word for word, but only bothered to swap out the company’s title for its own. It even went as far as keeping the same locations as its competitor despite not being based in Munich, Miami or Hong Kong.

In fact, the only similarities that could be considered true between the two descriptions aside from the marketing mumbo jumbo is that both Colorful and EVGA exclusively deal with Nvidia for their graphics card line-ups. 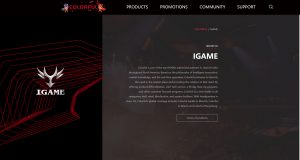 “We would like to inform you that as Colorful updating their website these days, their outsourcing web company temporary put the wrong information, and Colorful is replacing it soon,” Colorful explained to TechPowerUp.

The website has since been updated with a new ‘About’ page with considerably more text that briefly explores Colorful’s history along with the current state of the company. The added photo of Colorful’s office is a nice touch too.

KitGuru Says: Outsourcing tasks such as this is fairly common, as is using temporary information as a placeholder, however the fact that the text was edited to suit Colorful and then made live without any quality control is questionable. Still, the company has responded accordingly and fixed things for the time being.