Google patents quick changing wristbands, suggesting the Pixel Watch might be on its way

Rumours of a Pixel Watch came to a head at the start of the year, as Google acquired Fossil’s smartwatch technology for $40 million. Although the company has yet to make anything official with its Pixel branding, a new patent pertaining to quick changing wristbands shows that Google does intend to invest in smartwatches moving forward.

Originally submitted in 2017, the US Patent and Trademark Office granted Google the patent yesterday. As spotted by Patently Apple, the newly published document showcases clasp mechanisms that would allow users to easily customise their wristband on the fly. One image displays a series of magnets, another uses the premise of a push-button clasp and a third presents a spring-loaded release. 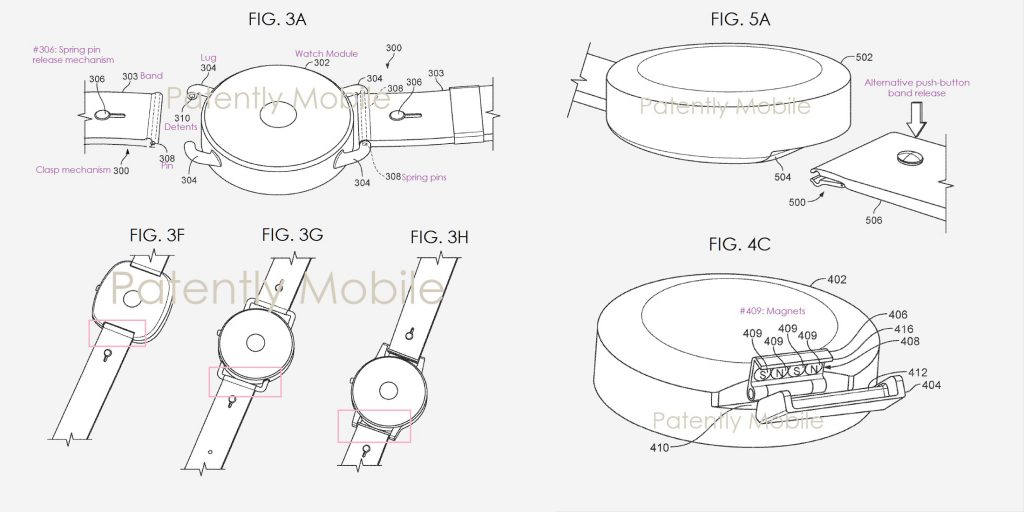 While there is no certainty that any of these clasps will be used in future devices, it seems as though Google is placing emphasis on the fashion aspect of wearables for the time being. There’s much we don’t know about Google’s internal workings on smartwatch projects, but functionality seems like it should be more of a priority given that WearOS would struggle to compete with rivals that are currently dominating the market.

For a brief time, WearOS was the most prominent Android operating system for wearables, before many partners switched to first-party solutions in an attempt to dethrone the Apple Watch and Fitbit. Now, there are concerns as to whether Google could even stand up in the Android market against Samsung’s Galaxy Watch and Huawei’s GT. Still, many eyes are looking ahead towards the annual Pixel launch in October, hoping to see whether Google will finally delve head-on into the market with its first-ever first-party offering.

KitGuru Says: I would always prioritise function over form, but the idea of swapping wristbands depending on an outfit or how comfortable the material is does sound like an appealing feature. Would you like to see a Pixel-branded smartwatch? What features do you think should make the cut if it does come to fruition?