Microsoft has been tackling computer viruses with Windows Defender for quite some time, acting as a countermeasure once malicious software makes its way onto the system. Now, the company is taking a more proactive approach, implementing Windows Defender into browsers to stop it getting to that stage, starting with Google Chrome.

While Chrome already has its own protection in place, blocking a list of malicious links, the new Windows Defender extension hopes to bolster that list further. This will help increase Chrome’s 87 percent efficiency to Microsoft’s claimed 99 percent protection, similar to its Edge browser.

The extra safeguard has yet to make its way to other browsers, and with Firefox supposedly sitting as low as 70 percent efficiency in repelling bad links, it seems that something Microsoft will be investing in, within the coming months. 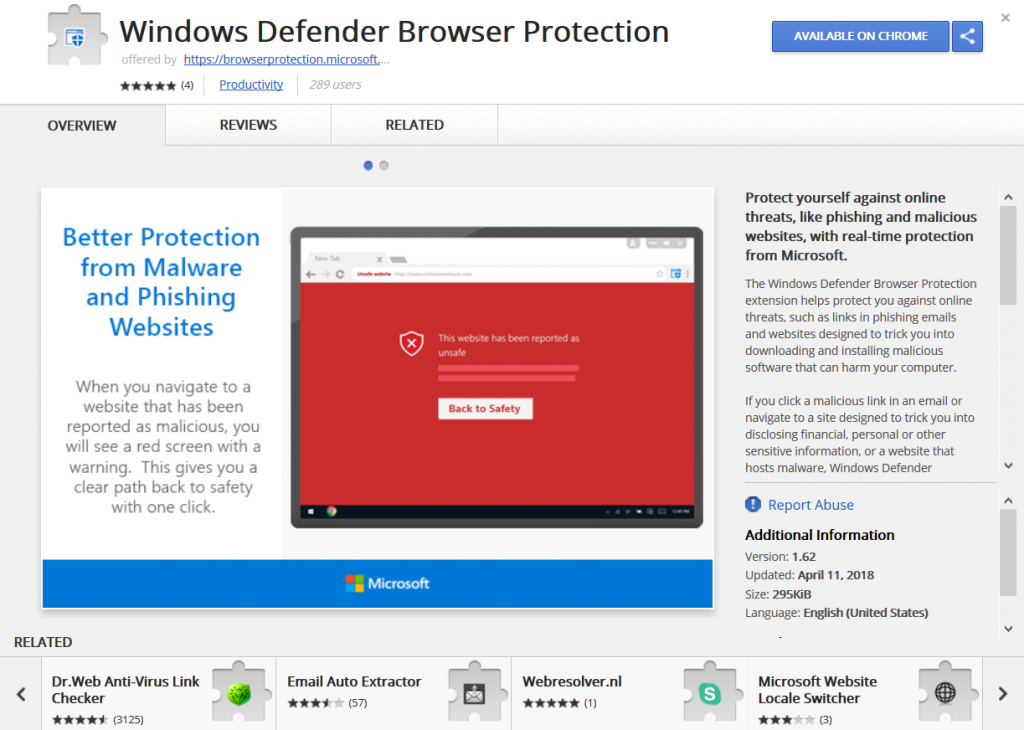 Microsoft has alleviated a bit of pressure with Windows Defender, with third-party antivirus software no longer being an absolute must for some users. This is thanks to the company’s rigorous updates, keeping the platform on top of the latest attacks. The extension’s list of URLs will similarly be updated frequently, making this a good way to strengthen the protection of your system.

Accessible on the Chrome Web Store, the Windows Defender plug-in works on both Microsoft Windows and Mac operating systems, provided that the browser is up to date and compatible.

KitGuru Says: It doesn’t seem to require a lot of system resources to run in the background, making it a must-have in my eyes, as you can never be too careful when browsing the online world. Do you take care of your PC when surfing the web? What do you think of Windows Defender coming to Chrome?