Samsung rumoured to make a smartwatch comeback with Galaxy Watch

Samsung helped to pioneer the modern-day smartwatch as we know it, releasing products under its ‘Gear’ brand since 2014. Although Samsung’s efforts in the market have diminished in recent years, this could all be about to change, as the company is said to bring its renowned Galaxy branding into the mix with a new smartwatch this year.

This speculation comes from a trademark filing in Korea, spotted by SamMobile, that indicates Samsung is set to launch a “Galaxy Watch.” Switching to the widely-known Galaxy branding is something that serial leaker Ice Universe has previously claimed the company will do with its Gear S3 successor, previously referred to by the media as the Samsung Gear S4.

Samsung’s last release was its Gear S3 smartwatch late in 2016, before being edged out of the market by Apple’s second generation of smartwatches. Most Android Wear watchmakers have since left the market entirely, leaving the Apple Watch Series 3 was largely uncontested when it launched last year. Samsung’s new efforts could start to see a resurgence for Android users, but it is questioned what a new device would offer wearers.

One of the major rumoured changes to the proposed device is that Samsung will eschew its very own Tizen-based smartwatch OS in favour of Google’s Android Wear OS, boosting it with its own voice-assistant, Bixby. This is surprising for many, given that Tizen is often praised for its accessible interface, however if the rumours hold weight then Samsung could have something in store to surprise users. 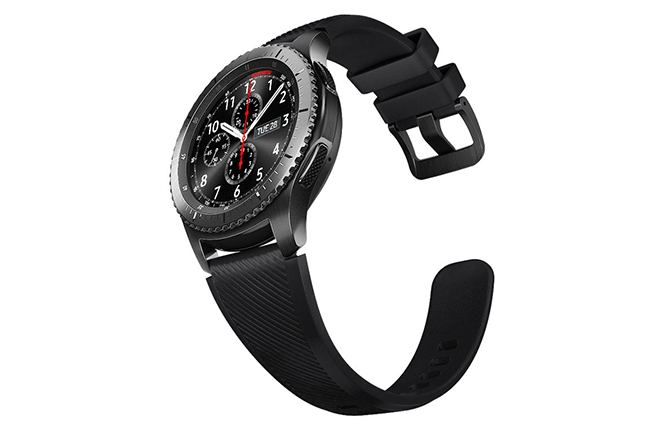 Now that Ice Universe’s early claims have been corroborated to some degree, it’s quite possible that the company’s next wearable will sport a 470mAh battery, new UX interactions and the ability to take blood pressure measurements. The device is also said to utilise a “PLP package,” which is a new type of chip manufacturing process that enables boards to be smaller and cheaper.

Hopefully these lower production costs mean the device launches at an affordable price for the premium brand, but all information should be taken with a pinch of salt until the company officially announces its next smartwatch. Historically, its Gear devices were always launched at the end of August, meaning we could hear more about the Gear S4/Galaxy Watch during Samsung’s Galaxy Note 9 launch on August 9th.

KitGuru Says: Whatever the device is named, it is clear that Android wearers need something new on the market. Hopefully Samsung delivers and does its Galaxy name proud rather than yet another iterative upgrade to existing products. What would you like to see from a Galaxy-branded smartwatch?