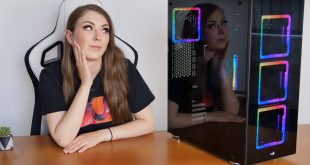 With a name that makes me imagine the dark web I wasn’t quite sure what to expect from the TOR PRO PC case. However it has features that include full tempered glass side and front panels, 4 Addressable RGB Edge fans and loads of space in its full tower size chassis. So is this case worth the £88 asking price or does it deserve to disappear into anonymity like its name suggests?

Components used in the test build:

The graph below shows the results from temperature testing with all the side panels in place on the Aerocool TOR PRO PC case. 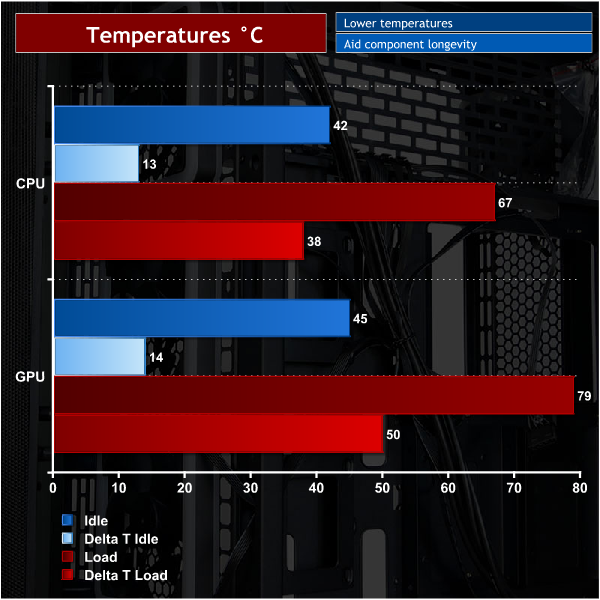 To test the maximum temperature of the components in the TOR PRO it is then stress tested using AIDA 64 for 10 minutes. The temperatures maxed out at 67C for the CPU and for the 79C for the GPU. These temperatures aren’t too hot but I was suspicious that the restrictive tempered glass front panel was reducing the cases airflow.

The graph below shows the temperature testing results with the tempered glass front panel removed from the case. 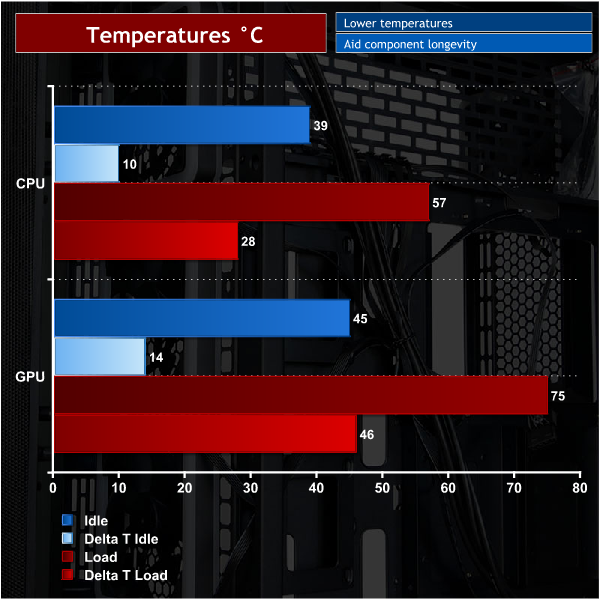 Although the overall temperature in the case is no real cause for concern it’s clear that the front panel restricts airflow and the components run warmer than they would in a more airflow focused case. 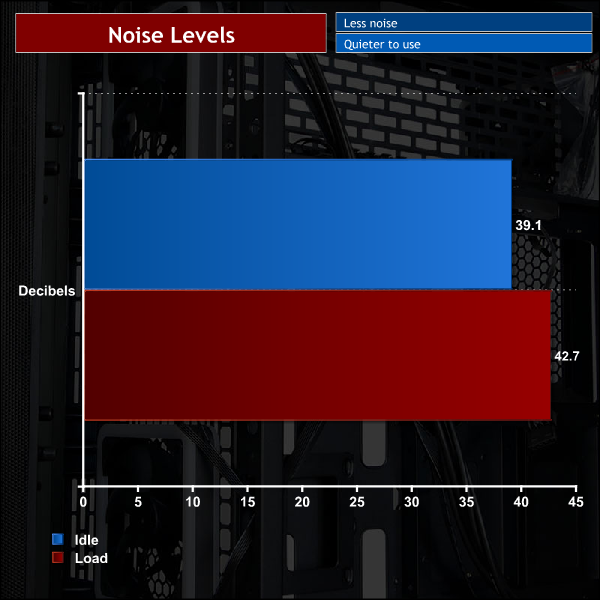 Despite the Aerocool TOR PRO having no noise dampening material it seemed to be a pretty quiet chassis with the maximum decibel reading coming out at 42.7 decibels. The Aerocool edge 14 fans seem to not create a huge amount of noise even while under load meaning that most of the fan noise can fade into the background and you won’t even notice it while wearing a headset.

Kitguru says: The Aerocool TOR PRO provides good value for money for lovers of large cases with lots of tempered glass and RGB lighting but cooling performance is impacted by the restricted airflow.