Antec is beefing up its case lineup for 2019, this time with an addition to the renowned Performance One case series. The P101 Silent is launching this month for those who value a quiet system above all else.

The P101 Silent measures in at 527mm x 232mm x 506mm (L x W x H), in other words, it is a mid-tower case with plenty of room to fit in some decent components. As you would expect, the side panels come with sound dampening foam to reduce noise levels. Meanwhile, the front panel can swing open for easy access to its magnetic dust filter and three 120mm intake fans.

The case comes with four pre-installed fans, three 120mm intakes at the front and one 140mm exhaust at the back. In terms of motherboard support, you'll be able to slot in motherboards all the way up to E-ATX in size, making this case capable of housing high-end gaming hardware, or even workstation grade components.

For storage, you'll get room for up to eight 3.5-inch HDDs in addition to two 2.5-inch SSD slots. There is also an optical disk drive bay, a trend that has been bucked by most modern cases available today.

Graphics/expansion cards up to 450mm long are supported, as are CPU coolers up to 180mm tall. There is enough space for a 360mm radiator to be installed for liquid cooling and all of the system fans can be hooked up to an integrated controller with a fan speed switch on the front panel.

The P101 Silent goes for a sleek design externally but everything is still very minimalist. On paper, it sounds like a practical case all around. We'll hopefully have a full review to share in the not too distant future.

KitGuru Says: Are any of you currently planning to put together a new PC? What do you think of Antec's new P101 Silent?

Previous VLC Media Player 4.0 will usher in a new media library and VR support
Next Fractal Design Meshify S2 – They Meshed It Up, Big Time 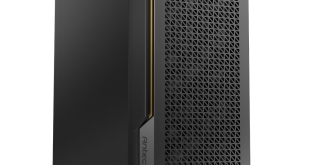 As the PC case industry is heavily trending towards airflow-oriented designs, Antec is launching two …