The NZXT CRFT range has been dedicated to limited edition, game-themed cases for a while now. The last chassis we saw was based on Rainbow Six Siege but today, the CRFT line's seventh case was officially announced, based on Mass Effect.

The NZXT CRFT 07 is a Mass Effect themed version of the NZXT H510i chassis, taking inspiration from the N7 armour design. There is a carbon fibre colourway the iconic red and white stripe to match the N7 armour. The case ships with a limited edition charm too, which features the paragon and renegade logos. 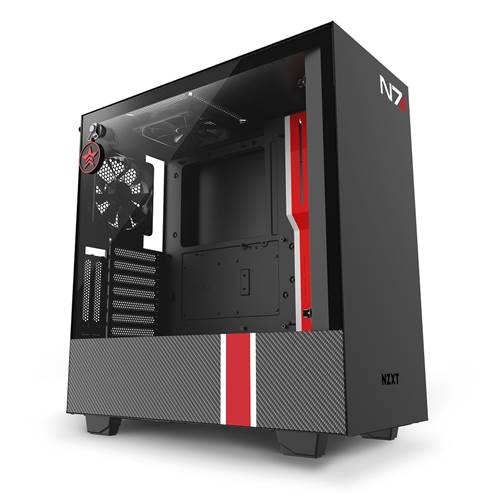 KitGuru Says: Have any of you considered doing a themed build dedicated to your favourite game? What do you think of this new Mass Effect inspired case from NZXT?