Cooling hardware manufacturer Prolimatech has released a new version of its high-performance Armageddon CPU cooler. The new version sees the single-tower CPU cooler getting a blue and black colour scheme similar to that found on Ford’s Mustang sports cars.

Weighing in at 750g, the black-with-blue-stripes heatsink features six heatpipes that feed into a large copper base. Each of the U-shaped copper heatpipes runs directly through the Blue Armageddon’s split-tower design.

At 160.3mm-tall, the heatsink is designed for use in larger mid- or full-tower cases. A 50mm width gives the Blue Armageddon’s users plenty of flexibility with tall memory modules.

Two 140mm fans can be mounted to the Prolimatech Blue Series Armageddon heatsink, while the cooler itself is compatible with Intel LGA 775, 115X, 1366, and 2011 configurations. 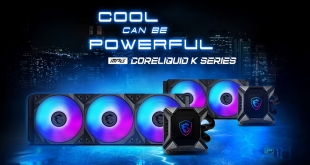