Unless you’ve been living under a rock, then you have probably heard that AMD’s Ryzen processors are finally coming out this week. We have seen plenty of CPU cooler makers prep their product lines for Ryzen and the AM4 socket and now, Corsair is throwing itself into that arena, listing out its Ryzen compatible CPU coolers, DDR4 RAM kits and power supplies.

For starters, lets go over compatible RAM kits. Ryzen will see AMD make the jump to DDR4 and so far, Corsair has certified its Vengeance LPX 16GB, 32GB and 64GB kits running at 2,133MHz and 2,400MHz, as well as its Dominator Platinum 16GB kit running at 3,000MHz. There will be more certified kits added over time but for now if you are planning a Ryzen build, these are your best bets as far as Corsair RAM goes. 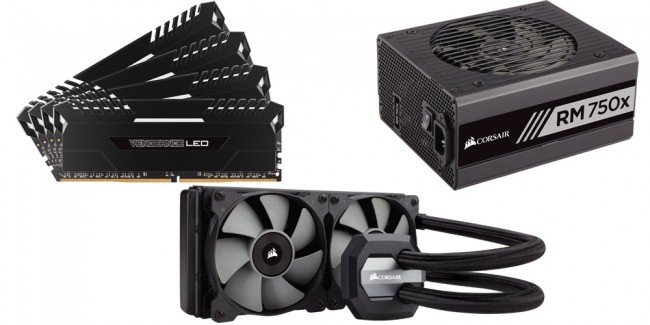 Finally, no PC build would be complete without a power supply. Fortunately, every Corsair PSU is compatible with AMD’s new X370, B350 and X320 chipset motherboards.

KitGuru Says: There has been a lot of build-up to the Ryzen launch and from the sounds of it, Corsair is fully prepared. Are any of you guys planning on putting together a new PC build using a Ryzen CPU?