EKWB has always had an impressive line-up of liquid cooling gear but this month has been particularly big, with a bunch of new block designs hitting the market. Not only are there now GPU blocks for the Radeon RX 5700 and RX 5700 XT, but there is a new monoblock for the Gigabyte Z390 Aorus Master board and another GPU waterblock for Nvidia’s GV100-based cards.

We will start off with the new EK-Vector, which supports the Radeon RX 5700 and the RX 5700 XT. AMD’s new Navi GPUs are now available and now liquid cooling enthusiasts have a suitable block. According to EKWB, you can get 10 to 20 percent better speeds through overclocking on water, the blocks themselves are also RGB and suitable backplates are available, so it will all look sleek too. There are two versions, Nickel + Plexi for €129.90 or Nickel + Acetal for €124.90. The black backplate will cost an extra €26.90 while the Nickel plated version will cost €33.90. 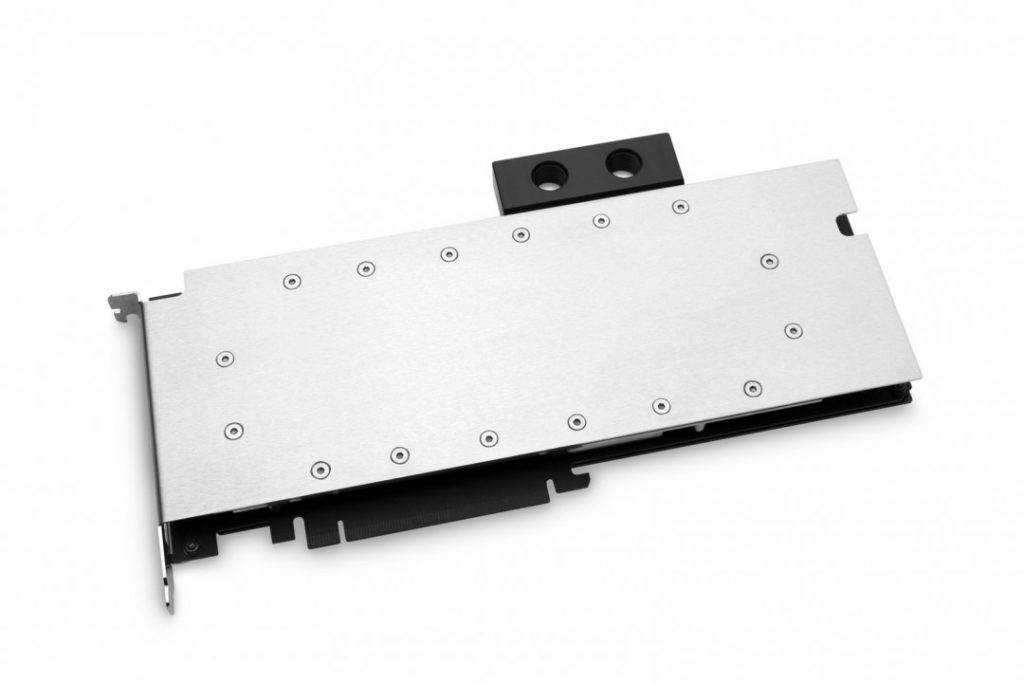 The EK-FC GV100 Pro waterblock is geared more towards the professional market and will fit on Quadro and Tesla GPUs in addition to the TITAN V. The waterblock extends across the full length of a GV100-based graphics card, ensuring that all critical components are sufficiently cooled. This block is designed with an Open Split-Flow cooling design, utilising low hydraulic flow restriction, meaning the block is suitable in systems with weaker pumps, or with a pump set to low speed.

Watercooling a GV100 is going to be more expensive than a consumer-oriented GPU though. The EK-FC GV100 Pro Nickel + Inox block will cost €249.90 and the backplate will cost €47.90. 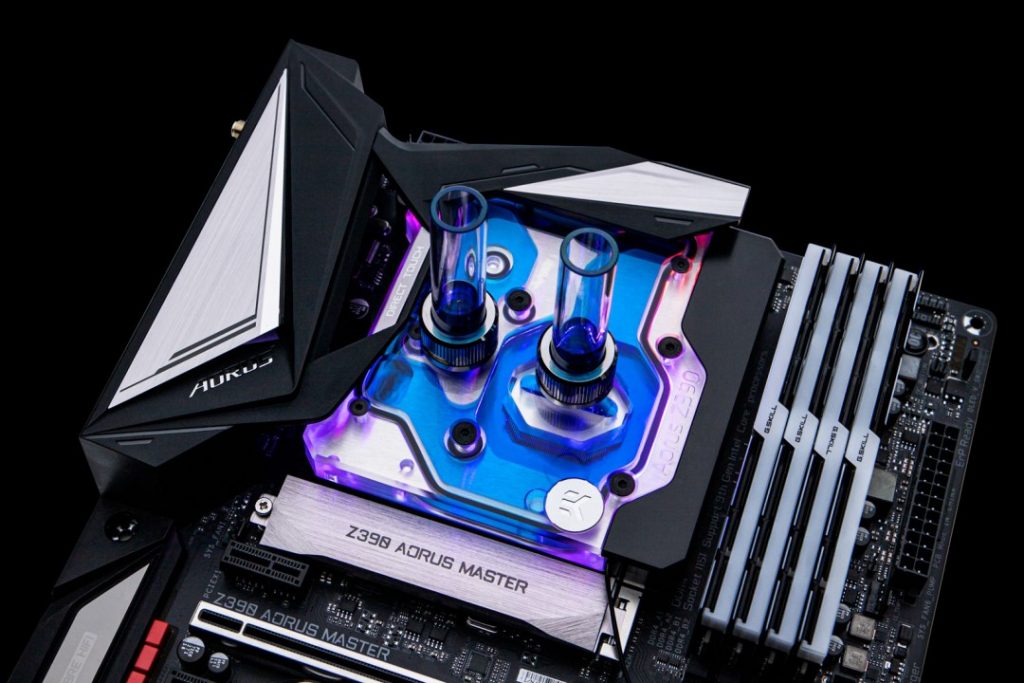 The final block on the list is the EK-Momentum for the Gigabyte Aorus Z390 Master motherboard. We’ve seen similar monoblocks designed for high-end ASUS ROG boards in the past and now there is one for the Aorus Master and Ultra Z390 motherboards. The block uses addressable RGB LEDs for an extra touch of customisation, which syncs with Gigabyte’s RGB Fusion software.

The monoblock delivers liquid cooling to the CPU and motherboard, with liquid flowing over the CPU and MOSFET module, which should help even further with overclocking. The monoblock also comes with a special cold plate that makes better contact with the IHS of 8th Gen and 9th Gen Intel 1151 processors. Price-wise, this one will be hitting the market at €139.90.

KitGuru Says: There has been a lot of new liquid cooling gear launched this month, which seems fitting in the middle of this UK heatwave. Are any of you currently planning a custom water-cooling loop for your PC?