TSIAK was able to push the entry level CPU to 5.92 GHz across all 4 cores. To be able to reach this high frequency, a Vcore of 1.45 volts and liquid nitrogen cooling was used. The Taiwanese overclocker used a base clock of 100MHz (99.98 MHz real world) and set the multiplier to 59.25 to achieve a core speed close to 6GHz. For best stability and compatibility, TSIAK opted to use only one 8GB memory module running at just 1600 MHz. 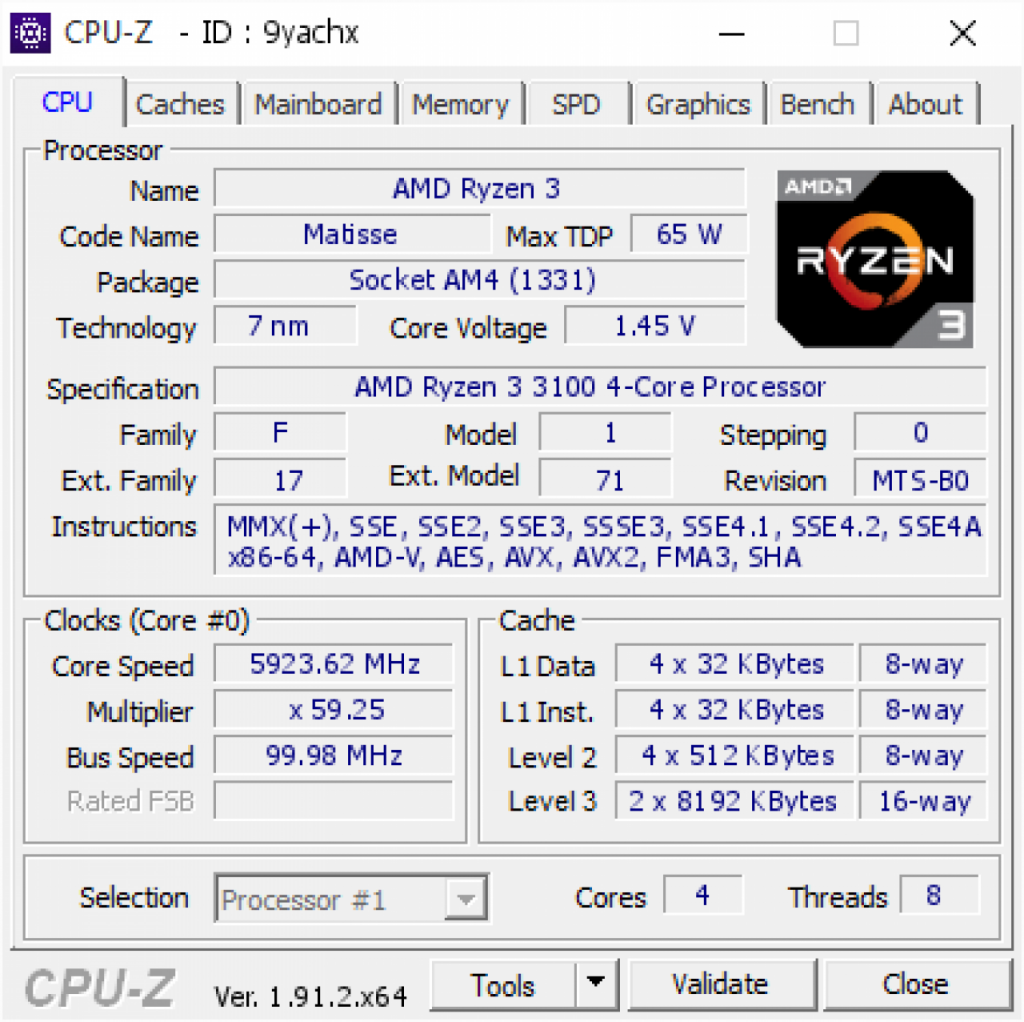 TSIAK used an MSI MAG X570 TOMAHAWK WIFI motherboard for this overclock, and that's also same motherboard he used when he pushed an AMD Ryzen 9 3950X to 6041.56 MHz – which stands as the current record for highest frequency ever achieved on an AMD Ryzen CPU.

KitGuru says: It's impressive to see a budget CPU coming in at £95 pushed almost 6 GHz. Do you own a AMD Ryzen 3 3100? If so, have you had any luck manually overclocking it?

Previous Win a Seagate NVMe SSD and Ryzen 9 3900X! (closed)
Next Poco F2 Pro’s global launch event is on May 12