AMD's Ryzen 5000U CPUs are expected to arrive within the next few months, with a mix of Zen 2 refreshed SKUs and newer Zen 3 models. Recent leaks have started to point towards what performance we can expect from these upcoming processors. 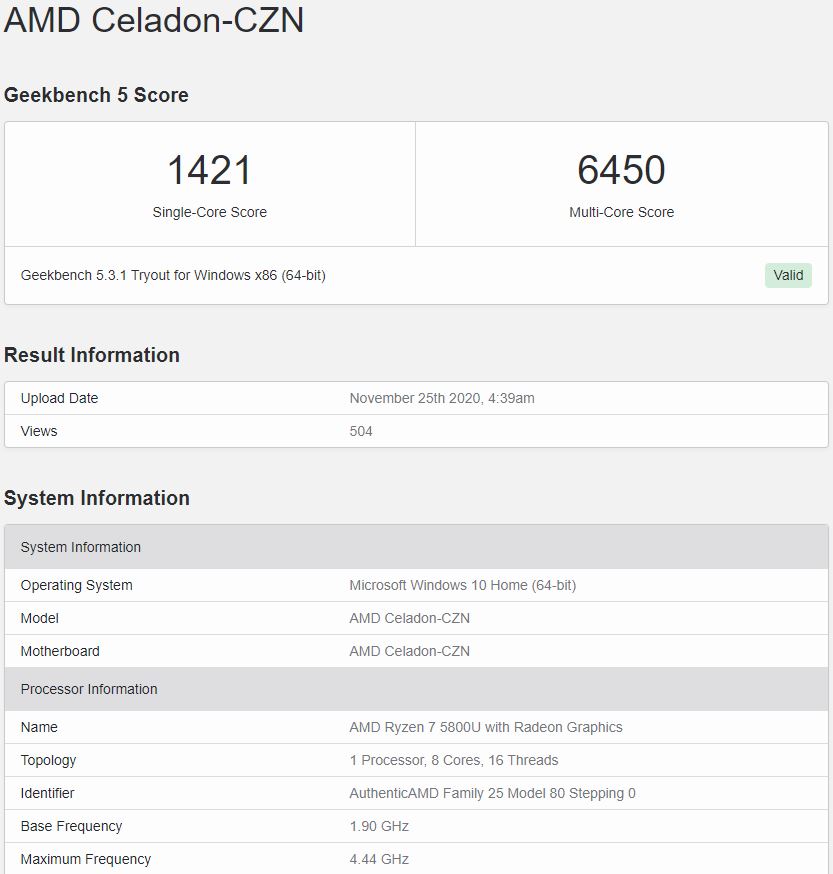 As per the Geekbench database entry, the Ryzen 7 5800U has a base clock of 1.9GHz and boosts up to 4.4GHz. Compared to its predecessor, the Ryzen 7 4800U, that's an increase of 200MHz in frequency. Additionally, it's expected to come with a 10-25W TDP and integrated graphics based on the Vega architecture, featuring 8 CUs clocked at 2.0GHz (+0.25GHZ over the Ryzen 7 4800U iGPU), according to @ExecutableFix.

The Ryzen 5000U SKUs should be available next year. We expect to learn more about them at CES 2021, in January.

KitGuru says: Are you in the market for a new laptop? Are you waiting for the release of the Ryzen 5000U series before deciding which laptop you should buy?