Today, AMD is expanding its Ryzen 4000-series of mobile processors with the Ryzen PRO family. Aimed at the business notebook market, the Ryzen PRO 4000 series aims to deliver the most cores and threads available in ultra-thin laptops.

As you would expect, the Ryzen PRO 4000 series of mobile CPUs are built on AMD's Zen 2 architecture and utilise the 7nm process node. There are three SKUs launching today, ranging from 4 cores and 8 threads all the way up to 8 cores and 16 threads on the top end. 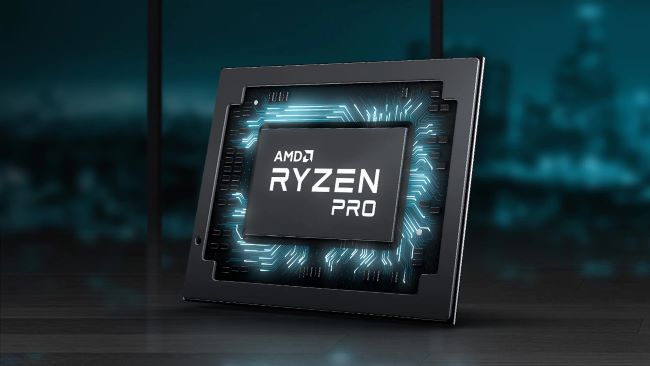 The chart below details the specs for each CPU:

The Ryzen 7 PRO 4750U is described as the fastest processor for ultra-thin business notebooks, with up to 33 percent better multi-threaded performance “compared to the competition”. Thanks to advancements in the Zen 2 architecture and 7nm process, these CPUs are also more efficient, doubling performance per watt compared to the previous generation.

Currently, HP and Lenovo are due to be releasing notebooks featuring these CPUs, with more to come before the end of this year.

KitGuru Says: The latest series of Ryzen PRO CPUs are officially here. Are any of you going to be shopping for a new laptop this year?