It looks like there is an AMD RX-500 graphics card series on the way as two new benchmarks have appeared from an AMD employee on the Ashes of the Singularity database, showing performance for an upcoming RX 580 and RX 560 GPU. Both benchmarks were run at 1080p using the ‘standard’ benchmark preset, with the RX 580 scoring similarly to a GTX 1070 in this instance. 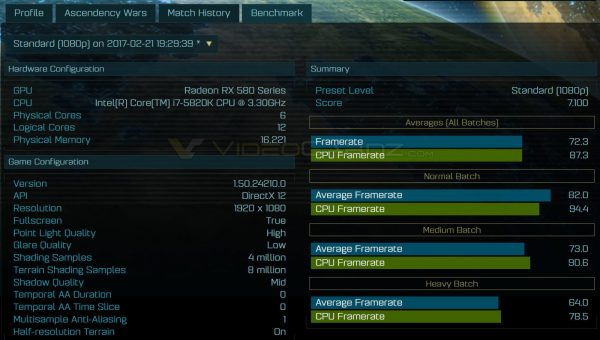 Ashes of the Singularity isn’t a great benchmark to use for comparisons but as Videocardz points out, there are plenty of GTX 1070s in a similar score-range to the RX 580. You can see the benchmark result above. 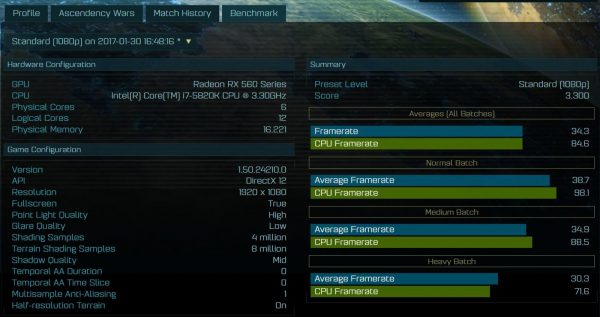 The same Ashes of the Singularity user also ran a benchmark for the RX 560, which scored 3300 points, which puts it in a similar range to the GTX 1050TI. However, once again it is important to remember that AotS benchmarks can be all over the place at times, so comparing can be tricky business.

According to the report, the person behind these benchmark runs used their real name as their AotS username, with a quick Google search revealing them to be an employee. We won’t be sharing the name here to avoid causing trouble but so far, this leak seems pretty solid.

KitGuru Says: This isn’t quite as exciting as a high-end Vega GPU leak but at least its something. The fact that the database used RX 580 and RX 460 rather than engineering sample device IDs probably means that these GPUs are quite far along at this point, so perhaps we will see a launch in in April/May rather than June.