At this point, we have all had a good look at what Pascal can do following on from the launches of the GTX 1080 and GTX 1070. However, there is a more powerful Pascal card on the horizon- Nvidia's next Titan, which is currently rumoured to launch at Gamescom in August.

According to a report from VRWorld, Nvidia's next high-end GPU will be the GTX Titan P, sporting the GP102 chip, which is said to be at least 50% faster than the GTX 1080. That said, Nvidia is still focussing on its GP102 Quadro cards, which will launch first, so performance numbers for the next Titan are apparently based on internal targets. 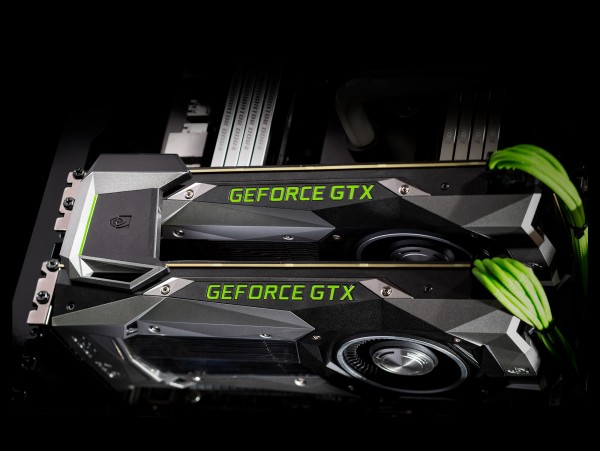 It is said that there are two different versions of Nvidia's GeForce GP102 card, one with 6GB of HBM2 and another with 12GB of HBM2. Both will likely use an 8+6 pin power configuration, allowing for a 300W TDP. One interesting tidbit from the report is that the sources claim that these new GPUs are bound by the CPU, so a 3GHz Intel Core i7-6950x won't feed the card as well as a 4GHz Core i7 6700K.

Obviously this is all unofficial for now so take it with a grain of salt. That said, if what is said was accurate, we should see Nvidia announce its next Titan at Gamescom sometime between the 17th of August and the 21st.

KitGuru Says: The GTX 1080 is an exceptional graphics card but the GP102 could be the first to bring 4K/60fps on a single card if it is truly a 50% bump in performance. Either way, if these rumours are accurate, we should learn more next month as we get closer to Gamescom.

Previous AMD’s Zen APU rumoured to launch in 2017 with Polaris GPU
Next be quiet! Dark Base Pro 900 Review