While the interior layout may make the most of the space available, the aesthetic design of the case leaves a little to be desired.  Some may be fond of its appearance but I can’t say it appealed to me. Removing the hard drives is a little inconvenient especially in comparison to the simple but effective tool-less hard drive mounting mechanisms we’ve seen in the past from other manufacturers.

It is nice to see manufacturers trying to make their budget chassis support tool-less installation but not when it is so poorly implemented as in this case.  The plastic clips are absolutely dire and allow the graphics card to move significantly even when ‘secured’.  This has the potential to cause damage both to the graphics card and motherboard if the system is moved   Thankfully there are holes provided to screw the card down which we would strongly recommend using!

There are upsides to this case, though.  It’s cooling design is very good and, as we mentioned, managed to keep our Sapphire 5850 TOXIC card five degrees cooler under load than the mammoth Themaltake Level 10 case we reviewed recently.

Additionally, our hard drive was maintained within four degrees of ambient even when under load.  This is a likely result of the small 80mm fan dedicated to cooling it.  The Dragon Slayer also runs very quietly despite having small fans which can often be a little whiny.

At a price of £50 at MicroDirect, the Dragon Slayer does give you a reasonable amount for your money.  It is supplied with a full compliment of fans whose quiet nature make it ideal for a media system.  So if you don’t plan on switching hard drives on a regular basis and can get over its less than attractive visage, it would definitely be worth considering.

KitGuru says: A cool and quiet case which is ideal for a media system.  But those looking for a beautiful or functional case should probably look elsewhere. 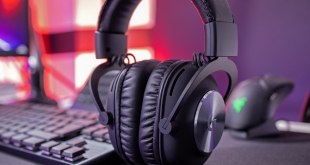