We've had two massive hardware launches over the last couple of months. In September, Nvidia's RTX 20 series of graphics cards officially became available and now this week, Intel has begun rolling out its 9th Gen CPUs. With those launches now out of the way, we are starting to see newly configured pre-built systems enter the market, with the latest coming from ASUS.

The ASUS ROG Strix GL12CX is a new addition to the company's lineup. This system features 9th Gen CPU options going all the way up to the Core i9-9900K with 8 cores and 16 threads. You'll also be able to get up to 32GB of DDR4 RAM, an RTX 2080Ti and a 512GB PCIe 3.0 X4 SSD. Asus speed-bins its CPUs for these PCs, so each system will ship with a 4.9GHz overclock across all cores and thermals will be kept at bay with an AIO liquid cooler. 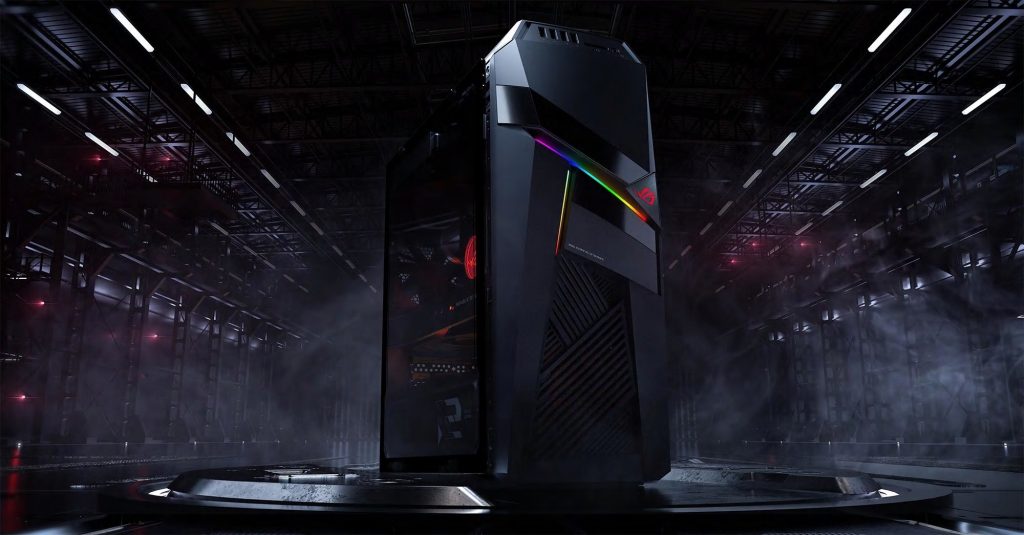 The system comes with a hotswappable SSD bay, so if you need to swiftly switch out a drive without powering the system down, then you'll be able to do so. You will also get the aesthetic benefits of ASUS Aura Sync, which will provide uniform RGB lighting across the PC, inner hardware and supported peripherals.

In terms of connectivity, the system includes a 2-in-1 SD card reader, two USB 3.1 ports, two USB 2.0 ports and an optical disk drive on the front. Meanwhile, the motherboard I/O offers six USB ports, an array of audio jacks and a digital S/PDIF connector. The system also ships with an 802.11ac capable WiFi card that also includes a Bluetooth 5.0 receiver to connect various controllers, peripherals and other devices to.

While the top-end spec ships with a Core i9-9900K and an RTX 2080Ti, the system can be configured all the way down to a Core i7-8700 and a GTX 1060. There are also different capacity options for SSD and HDD storage, so you'll be able to make changes based on total budget. You can find more on the ASUS ROG Strix GL12CX, HERE.

KitGuru Says: Now that Nvidia RTX and Intel 9th Gen are both out, I imagine we'll be seeing a lot of these systems rolling out over the next few months. Are any of you thinking about buying a new rig? Do you prefer to buy prebuilt or go down the DIY route?