The new SuperO motherboard line-up is comprised of the enthusiast-level C9Z390-PGW, the mid-range C9Z390-CGW, the budget C9Z390-CG and the smaller Mini-ITX C9Z390-CG-I. Each board is crafted using server-grade materials, such as epoxy glass resin for the PCBs and gold-plated capacitors for all sockets and slots.

Another shared feature is the improvements made to heat dissipation and power efficiency, built to withstand 24/7 use. “The combination of Digital PWM’s, DrMOS and Ferrite Chokes provides higher power efficiency while still maintaining a cooler temperature, for stability in gaming and overclocking,” claims Super Micro.

It’s not all about hardware, as SuperO has updated its new range to its 5th generation BIOS. This is designed from user feedback, streamlining the experience even when in Advance Mode. Once booted, users can also make use of the SuperO Booster software, helping to “monitor, tweak and fine tune every part of your system” to get the most out of the rig. 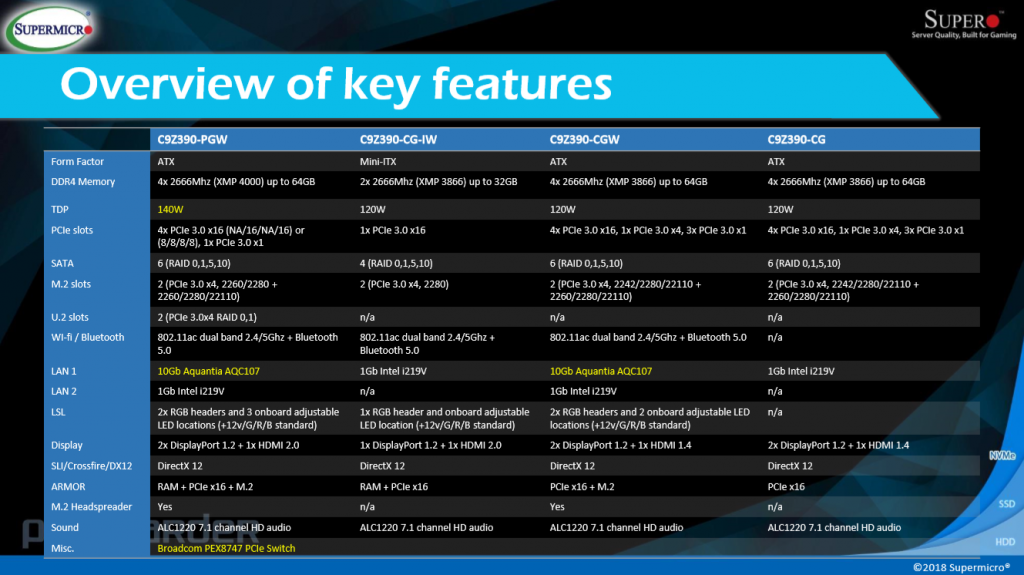 The SuperO C9Z390-PGW is Super Micro’s flagship ATX motherboard, built for overclocking with a higher 140W TDP. Owners can utilise up to 64GB of RAM across 4 UDIMM slots, with memory overclocking potential breaching 4000MHz.

Alongside the standard Gigabit LAN port, the C9Z390-PGW houses a second 10Gb LAN port, WiFi and Bluetooth for the ultimate online connection. Expansion is similarly versatile, with four PCI-E slots, 6 SATA ports, and dual U.2 and M.2 solutions.

The C9Z390-PGW is one of the few SuperO offerings to sport proprietary thermal armour, designed to protect components and prevent warping by keeping them cool. This adds to the aesthetic, which is boosted by customisable RGB LEDs and two RGB headers for users to add more. 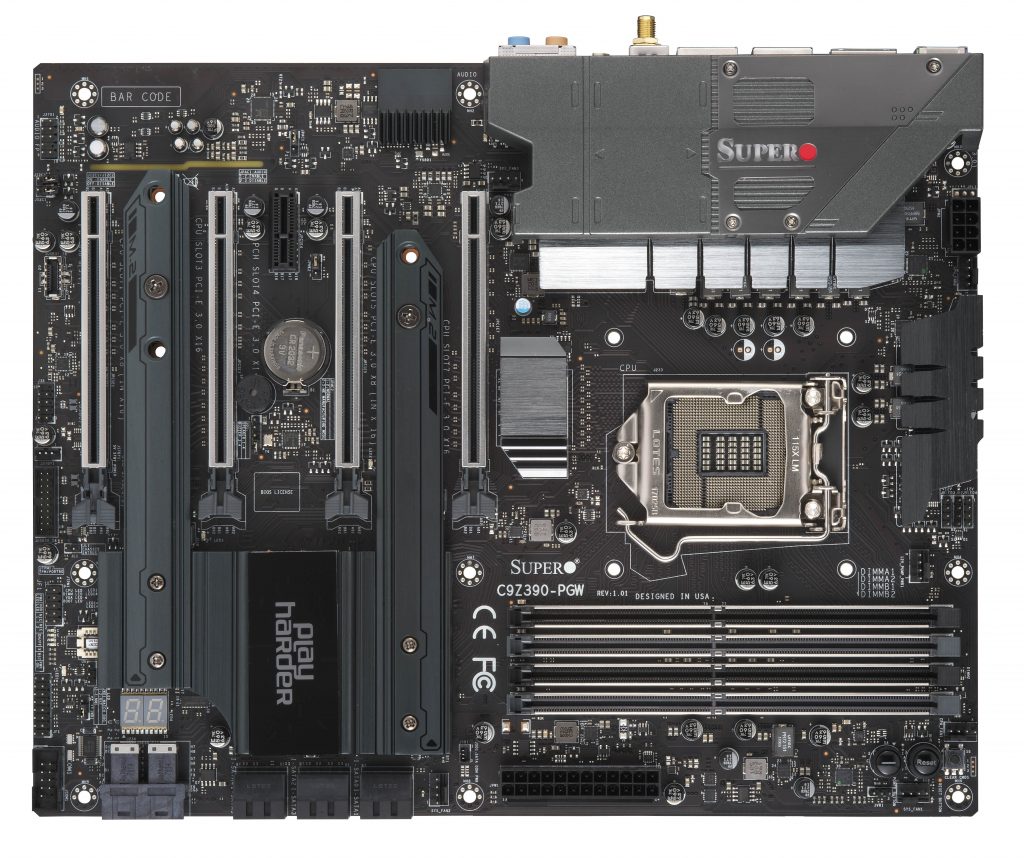 Housed within an ATX form factor, the C9Z390-CGW aims to balance price to performance by sitting as the mid-range offering. Like its flagship counterpart, it can push up to 64GB of memory across four slots, however its speed is slight slower at 3866MHz.

SuperO’s thermal armour once again acts as a heatsink for the M.2 drives, preventing performance throttling. 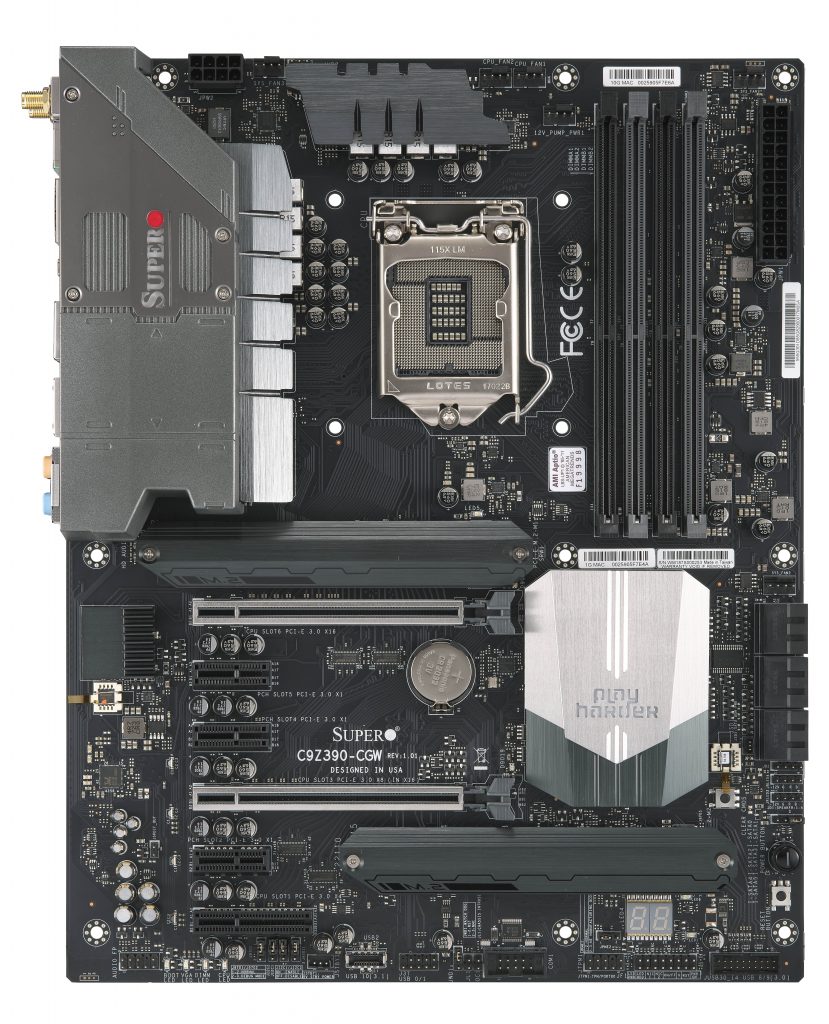 The C9Z390-CG is SuperO’s budget conscious entry, trimming features back for a most cost effective solution. Despite its conservative approach, users can yet again make use of 64GB of RAM across 4 UDIMM slots at 3866MHz. 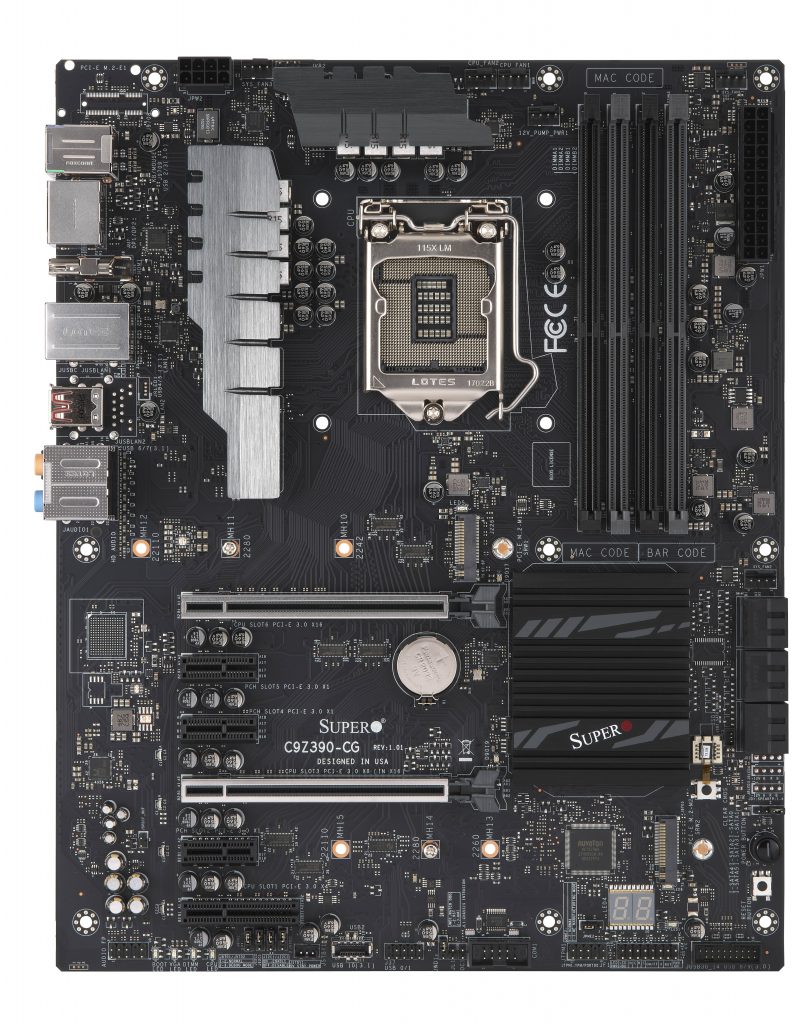 Those looking for a more compact solution will be pleased with the SuperO Mini-ITX C9Z390-CG-IW. Given its smaller size, the motherboard is limited to 32GB of memory across two DDR4-3866MHz slots.

A Gigabit LAN port should cover Ethernet enthusiasts, while those with good wireless coverage can use the built-in WiFi support. Just a single PCI-E slot means multi-GPU configurations will have to look elsewhere, while storage is still aplenty with 4 SATA ports and two M.2 options.

While the C9Z390-CG-IW has had to trim some of the bulky armour of its flagship counterparts, it still manages protect the PCI-E and memory slots, as well as adding RGB functionality. 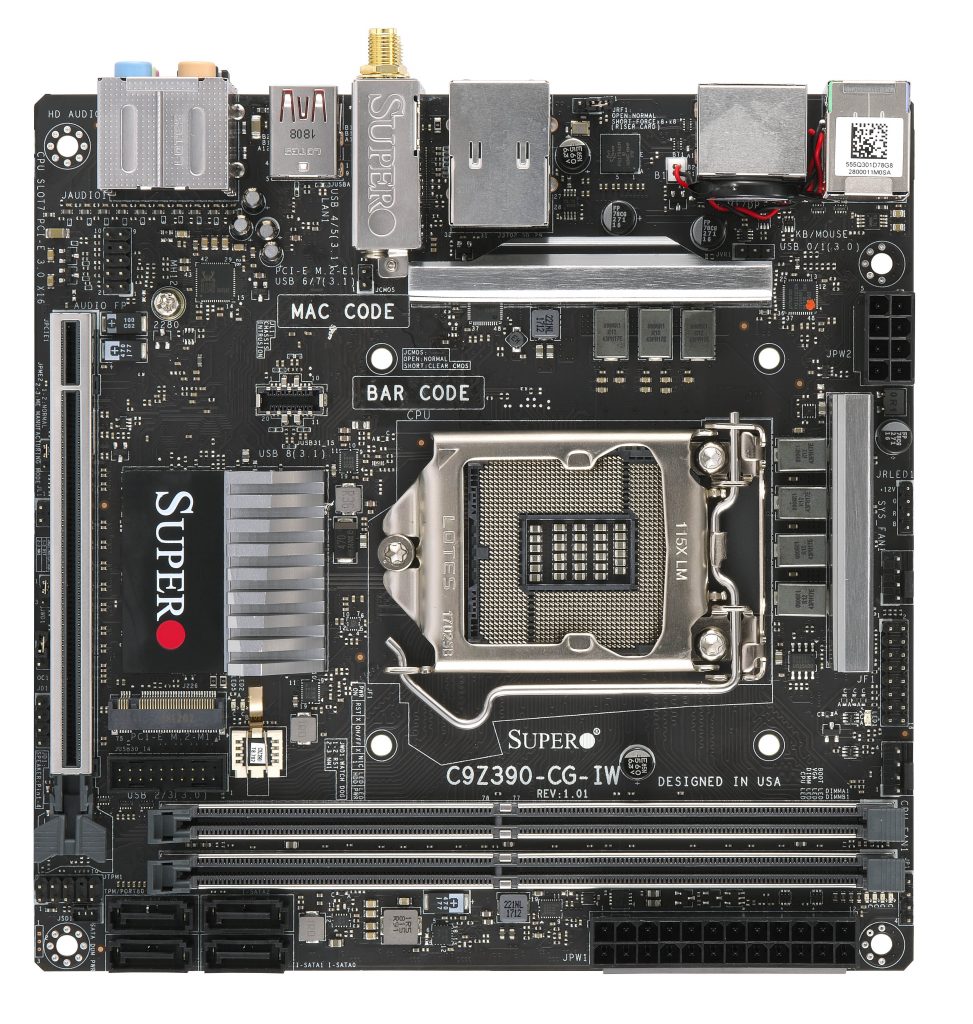 Price and availability for each has yet to be determined, however we will update this article as new information comes to light.

KitGuru Says: It looks as though SuperO has covered most of the market with great offerings to make use of Intel’s new 9th gen CPU range. And generally, 3866MHz is certainly nothing to scoff at. Are you planning to upgrade your CPU soon? Does SuperMicro and SuperO appeal to you?