At this point, it is common knowledge that the next generation of consoles are on the way, with both Sony and Microsoft openly confirming that new hardware is in the works. Microsoft's strategy for next-gen is particularly interesting, as the company will be juggling cloud gaming in addition to standard consoles. We've already heard the codename ‘Scarlett' thrown around in relation to Microsoft's next Xbox lineup but this week, some new information came to light, further detailing the next-gen Xbox strategy.

While this generation we saw Sony and Microsoft release base consoles early on and then more powerful hardware later down the line, Microsoft is rumoured to be busting out of the gate with two console tiers right off the bat this time around. Scarlett is the codename for the next ‘Xbox family' of devices. As reported by Thurrot, there are multiple consoles within the Scarlett lineup, ‘Anaconda' is apparently the codename for the Xbox One X successor, meanwhile ‘Lockhart' is the codename for the base model. Development kits are apparently already in use, these machines are codenamed ‘Danta', and house the target spec for Anaconda. 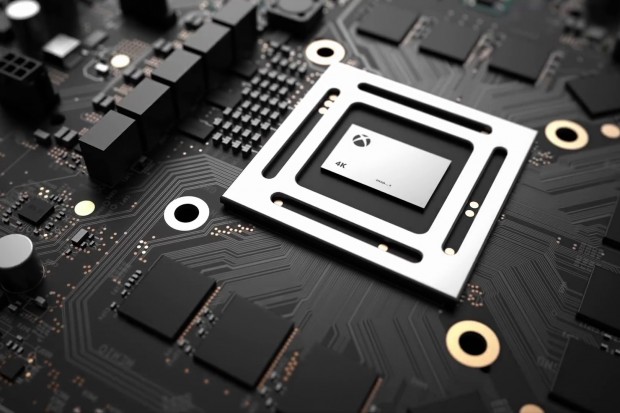 Finally, Microsoft will finally be jumping in on cloud gaming next generation with Project xCloud, the hardware powering this is codenamed ‘Anthem'. For Anthem, Microsoft will be making use of revised Xbox One S hardware, which will reduce manufacturing costs and power consumption while aiming for the same level of performance. A more powerful ‘Anaconda' version of Project xCloud hardware is also said to be in the works.

We don't have exact specification details but unsurprisingly, Microsoft is tipped to be sticking with AMD for its next-gen hardware. The current rumour is that we'll see Zen 2 CPU cores in addition to ‘next-gen' GPU architecture- likely hinting at Navi. Recent rumours in the GPU realm have pointed to Navi aiming to bring GTX 1080 level performance down to the $250 price point, consoles won't use the exact same chips as PC graphics cards, but this is interesting food for thought when considering the performance targets for Anaconda and Lockhart.

KitGuru Says: There are going to be plenty of rumours flying around over the next year as development on next-gen consoles continues. Given that consoles rely on x86 hardware at this point, making educated guesses at specifications is easier than ever. It will certainly be interesting to see what other information pops up as we near 2020, when we'll likely see both Sony and Microsoft kick off their next-gen rollouts.