Samsung Electronics said Tuesday that it had begun mass production of DDR4 memory modules and chips in anticipation of Intel’s launch of next-generation high-end desktop and server platforms that rely on the new-gen memory technology.

Samsung’s DDR4 memory modules are based on the company’s 4Gb DDR4 chips produced using 20nm fabrication process. The chips can operate at effective clock-rates of 2133Mb/s and 2400Mb/s. Later this year, Samsung will also facilitate a transition to 8Gb 32GB DDR4 modules for the high density server market.

“At Samsung, we are taking the lead in readying the DDR4 market to coincide with the introduction of the next-generation Intel Xeon processor E5-2600 v3 product family, and plan to contribute to creating a bigger market for DRAM in the second half of 2014,” said Jim Elliott, corporate vice president of memory marketing at Samsung Semiconductor. “We will continue to introduce high-density DDR4 modules for global OEMs that will facilitate the launch of next-generation enterprise servers and will maximize IT investment efficiency.” 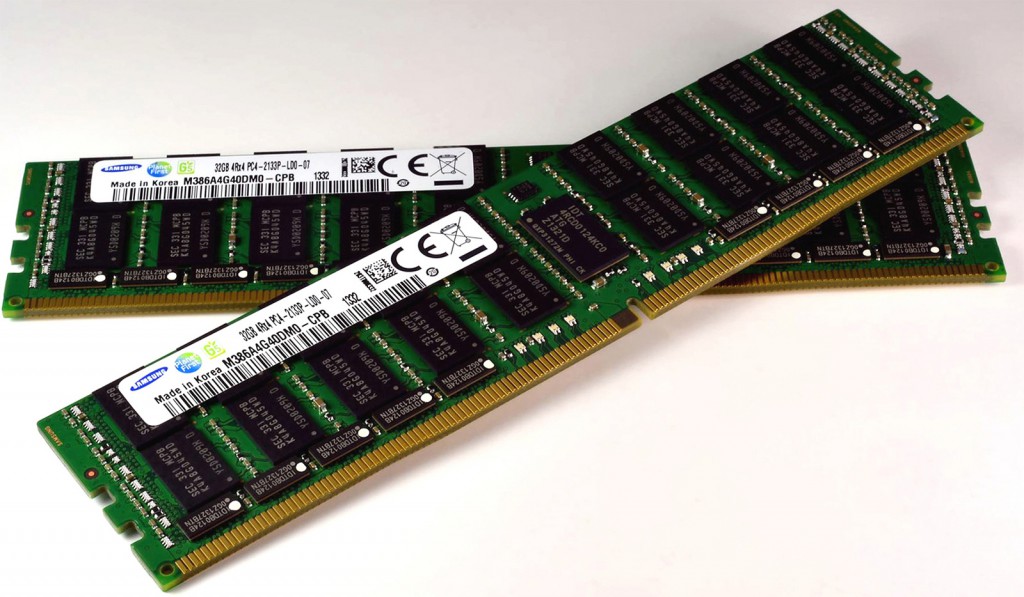 Samsung DDR4 LRDIMMs, RDIMMs, and ECC SODIMMs are available globally in densities from 8GB to 64GB at speeds of 2133Mb/s to 2400Mb/s.

The DDR4 memory will be used inside systems based on Intel Xeon E5 v3 processors as well as Intel Core i7 5800/5900-series Extreme desktop chips. For the latter the memory speeds will be increased to 3000Mb/s and higher.

KitGuru Says: It looks like all the leading DRAM producers have already started to make DDR4 chips in volume. With Samsung on board, it looks like the transition to DDR4 has officially begun.