Micron has unleashed its new 5100 Series of enterprise Solid State Drives, which go all-in on 3D TLC NAND, paving the way for configurations with as much as 8TB of capacity. This will be a strong step towards data centres switching to flash, as SSDs keep becoming faster and increasing in capacity all while being price competitive with hard drives.

While the 8TB capacity is a huge selling point for the 5100 Series, Micron has also cranked up speeds significantly, delivering 74,000 random write IOPS, which beats out offerings from the likes of Samsung in enterprise. 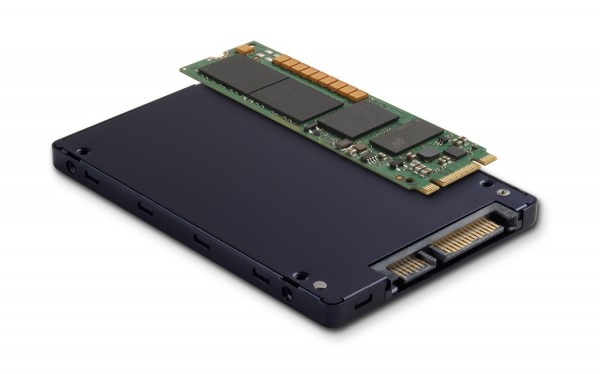 The range consists of three SSDs in total, the first of which is the Micron 5100 ECO, which is optimised for read intensive workloads and aimed at cloud storage providers- these are the up to 8TB drives. The second drive is the Micron 5100 PRO, which is geared towards use in databases, offering lower latency but capacity takes a hit, topping out at 4TB.

Finally, the Micron 5100 MAX is the top-end model and focusses on offering high speeds for long periods of time, delivering random writes at 74,000 IOPS. However, to achieve this, capacity does take a bit of a hit, topping out at 2TB. All of these drives feature Micron's FlexPro architecture, which is aimed to provide flexibility for data management as more and more data centres switch over from traditional HDDs to SSDs.

KitGuru Says: These new SSDs appear to be quite impressive, with rated speeds that give the competition a run for their money when it comes to enterprise use.