OCZ box artwork is generally very good and the Vertex 450 drive is presented in a flat, fairly large box with a high resolution image of the drive on the front and some specifications below.

The bundle includes a user manual. a ‘I love my OCZ SSD’ sticker, mounting screws with a branded 3.5 inch converter bay.

The Vertex 450 ships in a heavy aluminium enclosure, sealed with screws at the front (under the sticker) and at the back. If you open the drive you will lose warranty, so we recommend you don’t attempt it. That is why we are here after all.

The Vertex 450 uses a lower clocked ARM Cortex processor paired up with an OCZ Aragon co-processor that when combined push the data through a SATA 6Gbps interface. They also power the 256 bit compliant encryption, wear levelling algorithm pieces and AES compliant encryption. The DDR3 cache is accessed via the DRAM controller and the communication with the NAND is handled across 8 parallel channels.

The flash modules on the PCB are Micron branded IMFT 20nm MLC. There are sixteen on the PCB with a density of 16GB each. This gives a total of 256GB. Previous drives we have reviewed have adopted 25nm lithography NAND.

There are two cache chips, one of them is placed on each side of the PCB, they are 256MB each and are manufactured by Micron. The Indilinx controller can also be seen in the images above, we removed the thermal pad. This controller is marked IDX500M10-BC and is a different naming from the controller in the Vector drives (IDX500M00-BC). The firmware has been adjusted to support the new NAND.

While the Sandforce controllers were frequently in the news for failures and issues, we haven’t read any problems yet with the latest OCZ Indilinx controlled drives. 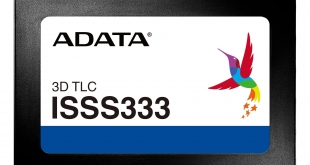