A couple of decades ago, Nintendo attempted to one-up the entire gaming industry by breaking in to virtual reality far before the technology was truly ready. The Virtual Boy swiftly died but in the last few years, VR has regained ground and is now viable for consumer gaming devices. Nintendo began dipping its toes back into VR waters earlier this year with the Labo VR kit but a recent patent filing suggests that Nintendo might not be done just yet.

Over in Japan, a new Nintendo patent was recently approved, depicting a virtual reality headset of sorts- although it doesn’t seem to operate too differently from the Labo version. 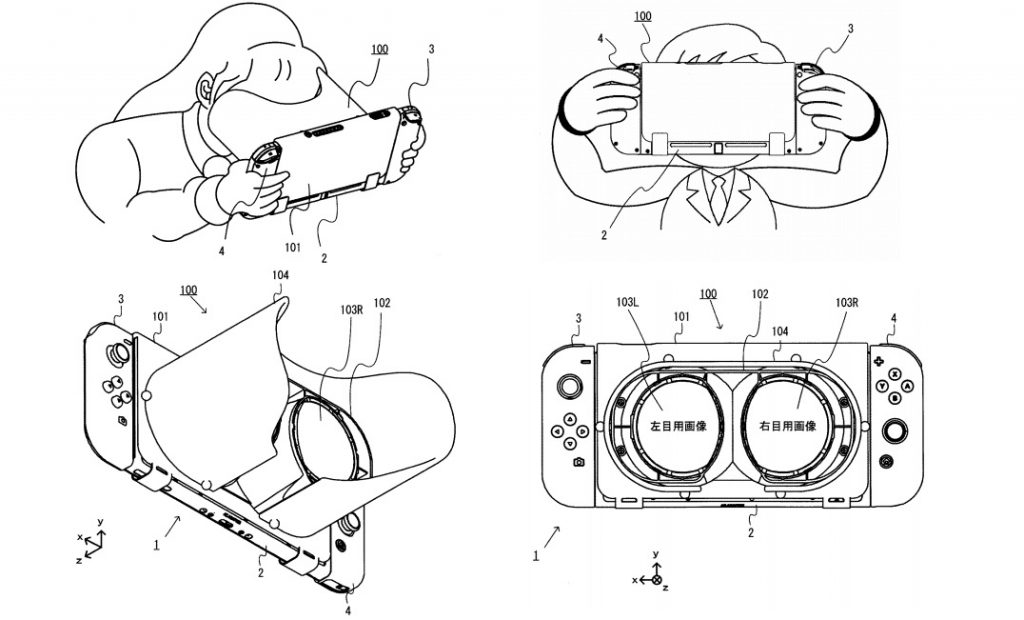 Images from the patent filed in Japan and made public by Let's Go Digital.

The headset seems to have a simpler clip-on design, which will attach a portable Nintendo Switch to a pair of lenses and a face mask. Players will then be expected to hold the Switch up to their faces via the joy-cons as they peer into the virtual wold and move around. This is essentially the same way that Labo VR works, although with something like this, you wouldn’t need to build a cardboard box to slot your Switch in to.

It is honestly not a very good set up for any proper virtual reality gaming, but it could be an interesting thing to try out for Switch owners who have perhaps never experienced VR and just want to see what it is like on a basic level.

KitGuru Says: Patents don’t always lead to full on products. It is perfectly possible that Nintendo simply patented this design so that a third-party accessory maker couldn’t get there first and cannibalise Labo VR kit sales. Although that also doesn’t rule out the possibility of Nintendo selling this as an accessory itself down the line.