The HTC Vive Pro will come with a redesigned Link Box

Back in January, HTC treated VR fans to the surprise announcement of the HTC Vive Pro, a new headset sporting various upgrades. The highlight feature is the higher resolution display, but it looks like there will also be a newly designed Link Box too.

The redesigned Link Box for the Vive Pro condenses connectivity, going from three separate input connections on the original to a single mini-DisplayPort solution, removing some of the cable clutter. The new Link Box also comes with its own separate power button, so you can leave your HTC Vive Pro plugged in at all times and turn it off at the Link Box  to save power. The new details were shared by Steve Bowler from Cloudgate Studios over the weekend:

The downside to the redesign is that users will lose the HDMI port. HDMI 1.4 does have the bandwidth to run the Vive Pro's 2880×1660 display, but many high-end PC owners have moved over to DisplayPort at this point. In fact, most graphics cards these days offer more DisplayPort connections than HDMI, so the switch seems to make the most sense given the target market.

Aside from a new Link Box, HTC Vive Pro buyers can expect a better headset mounting mechanism, integrated headphones, dual front facing cameras and dual microphones. The headset is expected to launch later this year, though the price tag is currently unknown.

KitGuru Says: I've had an Oculus Rift since launch and while I do enjoy virtual reality a great deal, higher pixel displays are definitely needed. I'd love to check out the Vive Pro to see how much of a difference it makes. Are many of you planning on grabbing a VR headset this year? Will you be waiting for the Vive Pro to launch? 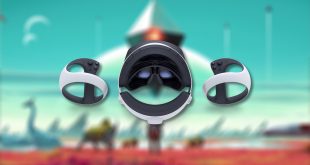 More than 50 games have been confirmed for PSVR2 so far