At the Consumer Electronics Show 2014, Valve Software announced 12 partners who will release Steam Machine personal computers with different specifications in the foreseeable future. Thanks to the fact that Valve’s SteamOS operating system is free, expect numerous white-box PC makers to also jump on the bandwagon.

The list of initial Steam Machine partners includes such PC makers as Alienware, Falcon Northwest, iBuyPower, CyberPowerPC, Origin PC, Gigabyte, Materiel.net, Webhallen, Alternate, Next, Zotac and Scan Computers, reports Engadget. Not a lot is known about specifications of their Steam Machine personal computers, but it is logical to expect them to be different.

At present Valve is beta testing its own Steam Machine PCs with select end-users. Prototype Steam Machines are based on various Intel Core microprocessors, Nvidia GeForce GTX graphics cards, come with 16GB of DDR3 memory and feature 1TB hybrid hard disk drives. It is noteworthy that Steam Machine systems are upgradable, letting any user to change the GPU, hard drive, CPU or even the mainboard. In fact, gamers can build their Steam Machines themselves once Valve releases its Steam OS to the public. Steam Machines will also come with Valve’s specially-designed controller. 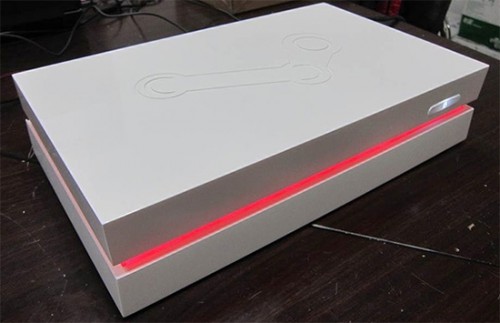 A Steam Machine PC designed by IBuyPower company. Image by The Verge.

According to the software developer, Steam OS is a Linux-based operating system that is specifically designed to speed-up rendering performance of video games compared to standard Microsoft Windows-powered machines. As a result, Steam Machines will likely offer higher performance compared to traditional systems with the same technical specifications.

Valve is expected to reveal more details about its Steam Machines initiative later at CES 2014.

KitGuru Says: As with almost all new devices, price will be a key factor that will determine success of Steam Machines. In case those systems cost too much, they will remain on a niche market of expensive gaming PCs targeted at hardcore gamers. If they are affordable enough, they will be in demand by a considerably broader audience. 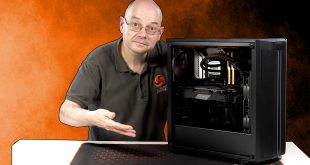 We got a stack of be quiet! hardware - so Leo puts a PC together