Advanced Micro Devices and DICE this week said that they would delay a patch for Battlefield 4 video game that was expected to be released in December. The patch, which will use AMD’s proprietary Mantle application programming interface (API), is expected to boost performance on AMD Radeon hardware. Potentially, it can also amplify quality of graphics in this popular game.

“After much consideration, the decision was made to delay the Mantle patch for Battlefield 4. AMD continues to support DICE on the public introduction of Mantle, and we are tremendously excited about the coming release for Battlefield 4! We are now targeting a January release and will have more information to share in the New Year,” the statement by AMD reads. 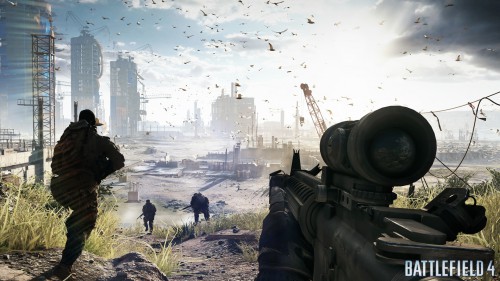 AMD’s Mantle is a cross-platform application programming interface designed specifically for graphics processing units based on graphics core next (GCN) architecture (e.g., AMD Radeon R9, R7 and HD 7000-series). The main purpose of the new API is to allow game developers to access hardware on the low level and get higher performance because of the lack of limitations of the current APIs. According to AMD’s internal testing, Mantle can bypass all the bottlenecks modern PC/API architectures have, it enables nine times more draw calls per second than DirectX and OpenGL due to lower CPU overhead. 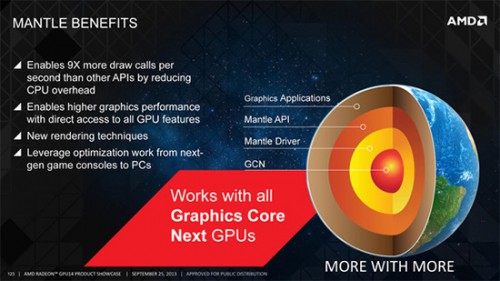 AMD and DICE (a subsidiary of Electronic Arts) said back in 2013 that they had optimised the Frostbite 3 engine (which is behind such titles as Battlefield 4, Need for Speed Rivals and many others that are incoming) for Mantle. In fact, DICE is a key driving force behind the Mantle API in general.

What the two companies did not say is whether they pursued additional performance from the BF4 title or higher quality graphics. While both “goals” help AMD to sell more graphics cards, they assist in a different way. In case the “Mantle patch” boosts performance on existing and low-cost AMD Radeon graphics cards, then the Sunnyvale, California-based company will sell more affordable graphics cards and will bring a “free” gift to existing owners of Radeon graphics solutions. In case the patch adds graphics quality, then it provides new levels of immersion to existing owners of high-end Radeon products and catalyses new buyers to choose AMD Radeon instead of competing products from Nvidia Corp.

KitGuru Says: Free additional performance and higher graphics quality are always welcome. But what if I want to have both?