Razer have recently added a new PC gaming keypad to its lineup: The Tartarus Pro. What separates this keypad from all others however is how each key is fitted with an analogue switch, adding an abundance of increased functionality to the device, beyond even what might be traditionally expected.

While console gaming has enjoyed the benefits of analogue controls for decades now, PCs have always seemed to lag behind in that department. Razer is seemingly looking to fix that with the release of its new Tartarus Pro.

The flagship feature is of course the analogue switches which Razer claims “allows for a more measured and nuanced form of control”. Accompanying this feature is the introduction of ‘dual function keys’. The new analogue switches means that you can now assign different functions to the same key, depending on how hard you press.

Adding dual function keys means that even if developers aren’t willing to natively support the analogue switches, users will be able to implement the feature themselves however they wish, taking key rebinding to a whole new level. 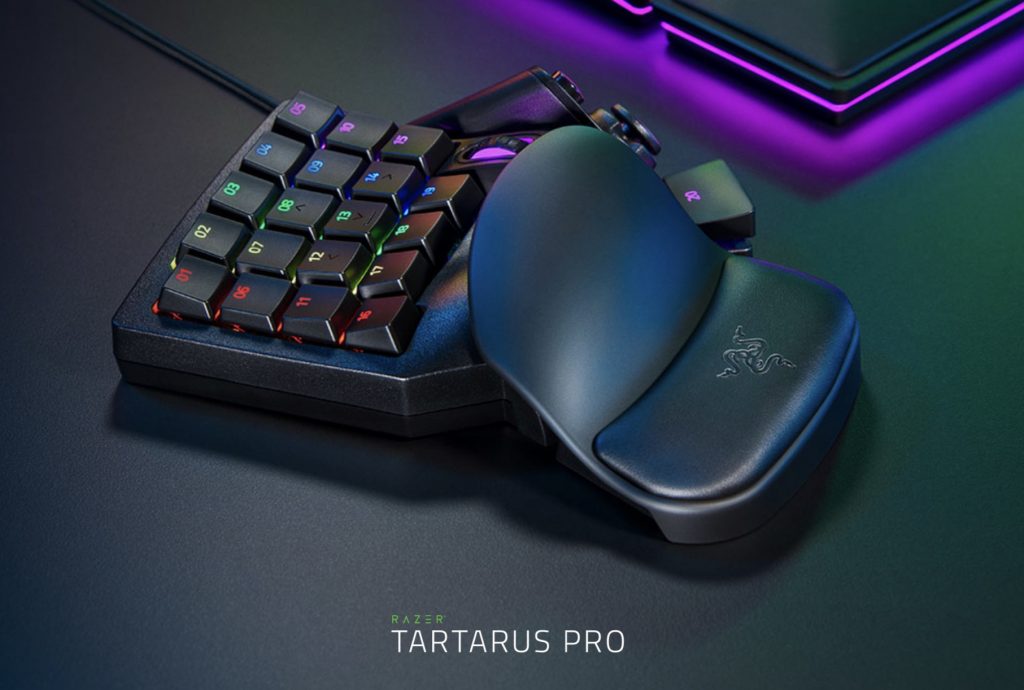 The actuation of each key is adjustable, meaning that you can tailor how hard you have to press each key before it is registered, preventing accidental taps, or alternatively allowing you to hyper-tap as fast as possible.

The keypad also features an 8-way directional thumbpad, which can be used for either navigation, or even more commands. Despite being compact, you are provided with 32 programmable keys, all fitting into the palm of one hand.

You can find the full list of tech specs for the Razer Tartarus Pro on the product page here. The keypad is available right now for £129.