8BitDo is known as the premiere manufacturer of 3rd party retro controllers. Their line-up includes controllers which are inspired by NES, SNES, Mega Drive, and Gameboy controllers, to name a few. They have now added an NES inspired mouse to their line-up, in collaboration with Daniel Jansson, who came up with the design back in 2009.

Dubbed the 8BitDo N30 Wireless Mouse, it features the A and B buttons as the left and right mouse buttons. In between the two is a 3D touch panel which functions as a scroll wheel. The D-pad is positioned on the side, and is used for navigating websites, allowing you to go back or forwards between pages. 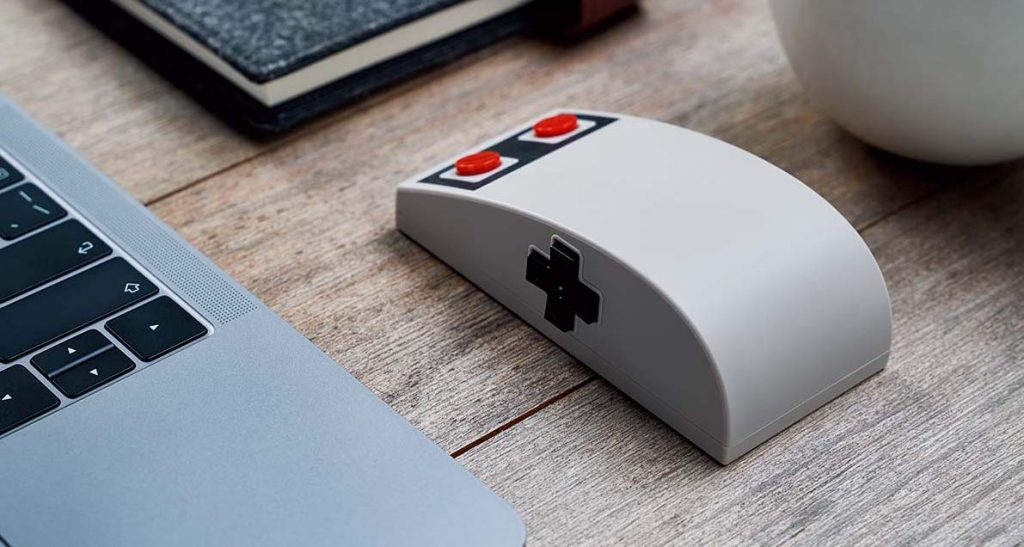 The collaboration came about after Daniel Jansson created a foam model of the mouse back in 2009, where it was covered by various tech news outlets. 10 years later and the NES mouse is now a reality.

The N30 runs on a single AA battery, with claims that it will provide up to 120 hours of use. The mouse itself relies on 2.4G wireless technology; can function from a distance of up to 10 meters, and can move at 1,000 Dpi. The mouse is available to purchase right now for $24.99, and pairs rather nicely with the 8BitDo NES Mouse Pad.

KitGuru says: Would you buy the N30 Wireless mouse? For $24.99 is it worth it for the novelty, or do you think it looks too ergonomically uncomfortable? Have you bought any of 8BitDo’s other products? Let us know down below.

Previous X019 will be the “BIGGEST. INSIDE XBOX. EVER.”
Next Nvidia’s latest driver optimises for Star Wars Jedi: Fallen Order and Insomniac’s Stormland