Cray has launched their new ‘Cascade' system which was developed in partnership with the US Defense Advanced Research Projectes Agency. It utilises the new ‘Aries' interconnect.

The Aries Interconnect is very important when it comes to hyperscaling and parallel computing. Intel paid $140 million to get ownership of the project and previous ‘Gemini' interconnects, the chip designs and the 34 patents.

Cray however have held the exclusive rights for Aries so it wont be for sale to the public. Intel and Cray however will join forces to release a computer design called ‘Shasta' which incorporate the interconnect technology on some level. The Register have added that Intel will be ‘footing' the bill for the Shasta interconnect.

Barry Bolding, vice president of storage and data management at Cray spoke to The Register about Cascade. He said “This project was my baby for a while, and it was a very tough time on us.”

The Register add “In phase one DARPA's High Productivity Computing Systems program in 2003, Cray originally received $43.1m to begin work on the Cascade line of machines, which sought to converge various machines based on x86, vector, FPGA, and MTA multithreaded processors into a single platform. (GPU accelerators were not yet on the scene.)

In phase two of the HPCS effort, Cray received a $250m award in 2006 to work further on Cascade and also to create its Chapel parallel programming language, which is available now and open source.

IBM got $244m to work on its PERCS system, which was similar to but not the same as the ill-fated “Blue Waters” Power7-based 20 petaflopper that Big Blue pulled the plug on at the University of Illinois last year, leaving Cray wide open to win a $188m deal with an XK7 Opteron-Tesla hybrid machine.”

You can read more about this over here. 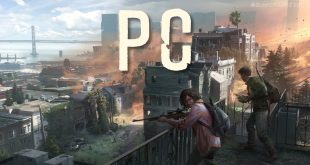 Over the past few years, we have seen Sony slowly but surely bring its library …