If you have missed it, then be sure to check out the new OUYA – which is released in the United Kingdom today, priced at £99.99. GAME UK have a list page already set up, for those interested.

The page says ‘OUYA – a New Kind Of Game Console!' and the blurb reads:

“Shooters, platformers, sports games, arcade classics and indie games just feel bigger and better on a TV screen. That’s why we created OUYA: to bring the most creative, innovative, and exciting games to the television.

OUYA will offer a broad range of games from all the genres you love. We’ve already lined up some great content from AAA game publishers such as Square Enix and NAMCO Bandai and independent developers like Tripwire Interactive, creators of The Ball, and Adam Saltsman, creator of Canabalt.

Plus, every game is free — well, free-to-try. Developers can offer a free demo with a full-game upgrade, in-game items or powers, or ask release episodic games. We don’t want you to buy a game unless you love it.

OUYA has great games and great apps. That includes video and music streaming players, entertainment apps, and anything else you can think of. Current partners include VEVO, iheartradio, TuneIn, XBMC, Plex, Twitch.tv, and OnLive. Play games, watch videos, and listen to music all through OUYA, in the comfort of your living room.

Lastly, OUYA is powerful. We’ve partnered with NVIDIA to bring you best-in-class graphics and performance.”

The plans were to release the console on June 4th, but it was held back until June 25th due to controller issues – the buttons could get stuck under the faceplate. Their CEO Julie Uhrman spoke to Joystiq at the time saying “We've had incredibly positive reactions from our retail partners, and so in order to meet their greater than expected demand, we decided to shift the launch date by a couple of weeks – three weeks – which will allow us to create more units and, basically, have more units on store shelves in June.”

Kitguru says: Have you ordered the little Android console? 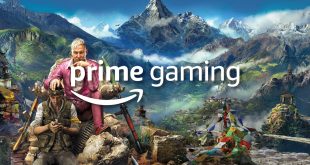 As with many other services, each month, Amazon offers a number of games for free …