Overall, our experience with the Dino PC Dark Reign was an enjoyable one. The Cooler Master 690 III proved to be an excellent match for the component selection and it is also very attractively designed. On top of that, there are opportunities to further improve the system’s cooling performance with plenty of space for additional chassis fans.

Although the Core i5-4570 is not the highest performing processor in Intel’s line-up it held its own in our synthetic tests. Coupled with the excellent Plextor M5S solid state drive and Corsair Vengeance memory the system felt snappy and responsive at all times.

At the risk of sounding like a broken record, Nvidia’s GTX 770 continues to live up to its reputation as a fantastic discrete graphics solution, perfectly suited for gaming at 1080p with the highest image quality settings. It even holds up at higher resolutions if you are willing to drop image quality a little in some of the latest Direct X 11 titles.

What caught us by surprise is how much Intel has improved their stock coolers. It is not too long ago that using a stock cooler almost guaranteed your processor would slowly get roasted.

The Core i5 4570 in this build peaked at around 66c under load, which is perfectly acceptable long term. That said, we can’t help but feel disappointed that Dino didn’t upgrade the reference cooler with something relatively inexpensive such as an Arctic Cooling Freezer 13, which would only have added £20 to the overall cost of build.

When we spoke to Dino PC they made it clear their goal for the Dark Reign was to build a gaming system that can handle any current and upcoming titles without breaking the bank. We feel they have done just that.

Of course, there will be those who prefer a CPU with an unlocked multiplier and an aftermarket cooler. Luckily, Dino PC offer plenty of options to customise this system on their website. Playing around with the configuration tool we removed the operating system and selected the Core i5 4670k with the Corsair H100i, bringing our total to £1053,29 inc vat.

At £999 inc. vat the Dark Reign is a solid system build. Unlike high street retailers who sell systems in this price range there is the reassurance of stress testing before the system is shipped and there is a minimal amount of software installed out of the box. This means you don’t need to spend an hour deinstalling bloatware then cleaning out the registry before using it.

KitGuru says: The Dark Reign offers excellent value for money in the sub-£1000 range and stands as proof that pre-built gaming systems do not have to cost thousands of pounds.

Previous Batman Arkham Origins will have a Batcave training area
Next Win any STEAM game you want this weekend! 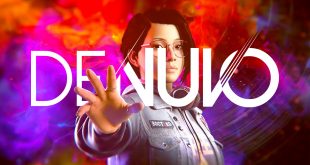