Surely this has to be one of the most awaited game mods in the last year? Yes, Bethesda Softworks have been working hard to allow The Elder Scrolls V: Skyrim to work flawlessly with the Kinect controller.

Skyrim was the second highest grossing game in 2011 and it received many rave reviews across the globe. Kinect support will also include voice commands which should take the gaming experience to a whole new level. It will support five languages, including English, French, Italian, German and Spanish.

The English version is due to hit retail end of April with the other versions following shortly afterwards.

Bethesda have been working on this now shortly after the game was released in November, they called it Project Adam.

Peter Hines, the vice president of marketing and public relations for Bethesda, spoke to CNN in an interview before the announcement to explain that they wanted to add new functionality that didn’t exist in the original release.

He said “When you do things, like when you are on the map, you uncover a lot of map markers and quests to go to a particular place. [With Kineck] you can use voice commands to do things very easily, to jump to different cities on the map, Even doing things in inventory like sorting by weight, by value — that functionality doesn’t exist in ‘Skyrim’ as it is. With Kinect, it unlocks a lot of new options.”

The development team have also allowed for voice control ‘Shouts’, in game vocal powers the players have access to.

He continued “You have your full arsenal of Shouts available using Kinect without having to stop, go to a menu, pick the one you want to use, and go back in the game and use it, You just say the Shout, and as long as you have the ability, your character will just use it on the fly.”

The voice commands will also support weapon arming, activating spells and telling companions what to do. There are a total of 200 voice commands available which should create a new level of immersion.

Sadly however it looks as if combat and spell casting still has to be handled primarily through the standard controller.

Hines said in regards to this “(Totally replacing the handheld controller) would be a whole other can of worms. Doing combat and swinging your sword and all that stuff without a controller would dramatically change the game. We’re trying to enhance the experience as we designed it with some additional functionality.”

Kitguru says: It certainly looks to be a fascinating concept and one that a lot of gamers are waiting for. We would think, down the line that they will manage how to implement a full combat system, all via the Kinect controller. 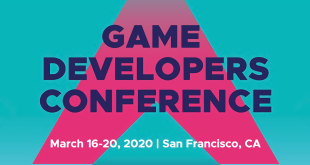