Since the start of 2014, Microsoft has been working hard to take on fan feedback and incorporate new features in to the Xbox One. This was all helped by the Preview Program, which gave console owners access to beta features, like Xbox 360 backwards compatibility for instance.

Unfortunately, it soon may no longer be possible to get in to the preview program as it is “near-capacity”. As a result, Microsoft will be slowing down on the Preview Program invites and less applicants will be taken on as a result. 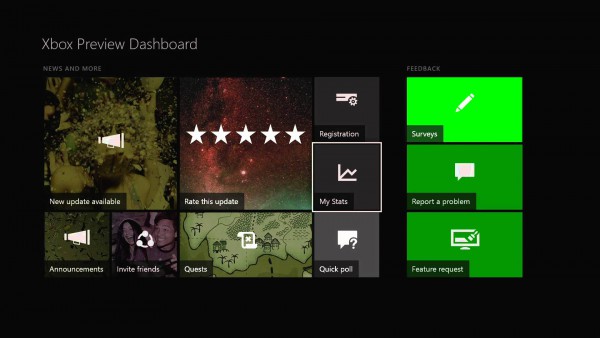 The announcement was made over on the Preview Program forums, where a Microsoft representative said: “Due to a tremendous response from our fans, the Xbox Preview program has reached a near-capacity level. With that in mind, we are slowing the number of new people we are accepting to optimize for testing. We are thankful for the amount of interest we’ve received to date and look forward to sharing more details on preview opportunities soon.”

Those in the Preview Program will also get earlier access to the new Windows 10 dashboard for the Xbox One later on in this year, before it officially launches in November.

KitGuru Says: The Xbox One Preview Program has been a great feedback tool for Microsoft when it comes to improving its console, which as we all know, had a pretty rocky start. Do any of you own an Xbox One? Are you in the Preview Program?

Previous Cliff Bleszinski’s next game has been revealed
Next In Win’s mid-tower 805 with USB type-C port priced in the UK, Europe