Yesterday, Nintendo officially unveiled the Nintendo Switch, a new concept that blends handheld gaming with home console gaming. While the reveal was very intriguing, there are still some unanswered questions, one of which being, is the dock unit capable of running games better than the tablet in handheld mode? Well it turns out that shouldn't be the case, as the main hardware is all inside of the tablet unit.

The Nintendo Switch dock is merely there to make it easy for users to seamlessly switch between handheld and home console modes. This means that the dock doesn't contain any additional GPU or CPU horsepower to run games at higher frame rates, its main function is simply to output to the TV and charge up the system. 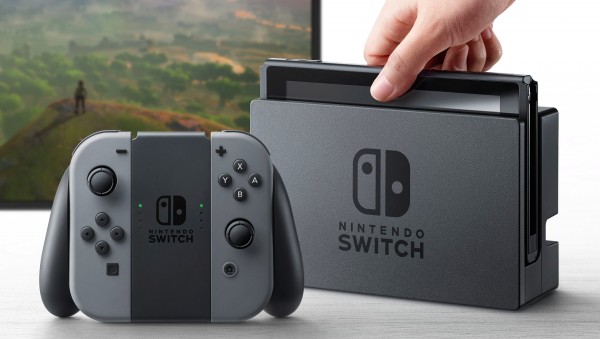 This information was revealed by a Nintendo representative speaking with IGN today, saying: “The dock is not the main console unit of Nintendo Switch. The main unit of Nintendo Switch is the unit that has the LCD screen, which the two Joy-Con controllers can be attached to and detached from. The Nintendo Switch Dock has been created so that it is extremely easy to seamlessly switch from playing games on a TV to transition into a portable mode.”

When you look back at the Nintendo Switch trailer, it did seem like games ran slightly worse when in portable mode. That said, the console and its games are still six months away from releasing, so those issues may not carry over. However, it will be interesting to see if the Nintendo Switch does run games smoother when connected to the dock, as it will have a constant source of power. This would be similar to gaming laptops, which run games at higher frame rates when not running on the battery alone. Either way, hopefully these questions can be answered as we get closer to launch next year.

KitGuru Says: I am a little surprised to learn that the dock is merely a charging and TV output device, rather than a more capable box. However, this should hopefully mean that games will run well both in console and portable mode. Have you guys seen the Nintendo Switch reveal video from yesterday? What do you think of it?