The change isn’t entirely unexpected given that the series has a history with loot boxes, first introduced in Call of Duty: Advanced Warfare in 2014 and carried through until WWII in 2017. Particularly, Black Ops 4’s Blackout mode faces heavy competition from EA’s rapidly growing Apex Legends, however unlike its competition Activision hasn’t revealed the probabilities of snatching the items contained in its newly introduced Reserve Crates. 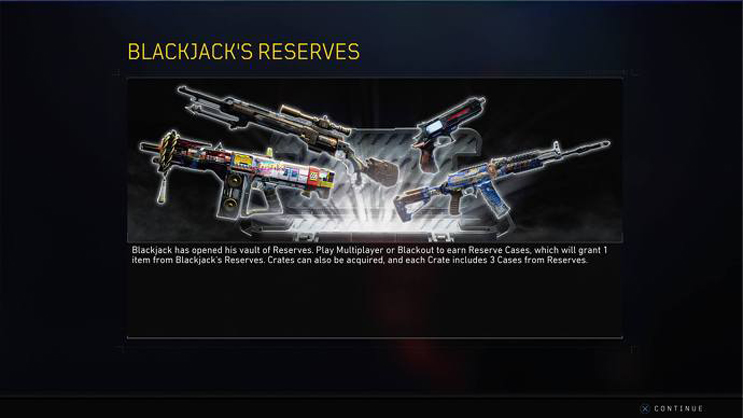 Most of the items inside are cosmetic, split into different tiers of rarity such as the common Chain Link tag, “The Pursuit” Ruin Epic outfit or Mastercraft Kuromaku skin for the KN-57. Unfortunately, it also contains Signature Weapons that were introduced during the previous Operation Absolute Zero in December. It is possible to get duplicates but the “Reserve Guarantee,” previously known as the Re-Roll system, ensures that every third of the same item be swapped out for something brand new.

Of course, this has irritated much of the community that initially praised the season-based Contraband progression system. It is a particularly sore spot after Activision Blizzard has laid off a significant portion of its staff while executives continue to walk away with sizeable bonuses.

KitGuru Says: The main differences between Blackout and Apex Legends are that the latter is free-to-play and never once advertised itself under a different kind of monetisation. It’s understandable that players feel cheated into supporting a practice they disagree with. How do you feel about Reserve Crates?