For Honor gets the worst part of Rainbow Six: Siege, a Starter Edition

Ubisoft has announced that it is bringing its controversial Starter Edition to For Honor, with the whole game available for a much cheaper price. While lowering the barrier to entry, it’ll take players sixteen times the amount of playtime to unlock the remaining heroes.

The introduction of a Starter Edition lowers the barrier to entry for the title, giving a lot more people access to the game for just $14.99 in comparison to the standard $59.99. Players will get access to three starting heroes, the Warden, Raider and Kensei, while the remaining lot will be available for 8,000 Steel instead of the usual 500 of the in-game currency.

“With Dedicated Servers now delivered and bringing with them stability and connectivity we’ve never before seen in For Honor, the team believes that the time is right to open the gates for more players to enter the game,” explained community manager Eric Pope on Reddit. “We feel this lower price point for the game will greatly reduce the barrier to entry for players across the world.” 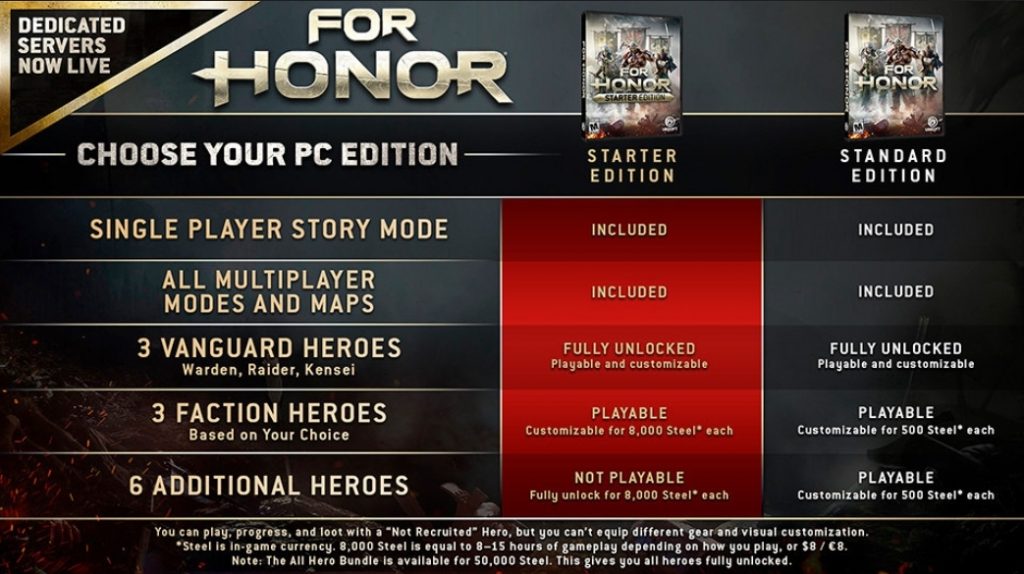 Ubisoft has already gained a lot of controversy for this practice prior to its implementation in For Honor, with it first introduced into Rainbow Six: Siege. The main problem behind it was the amount of game time required to unlock the remaining operators, leaving them at a disadvantage.

And this would be fair, given the lower price point, but there’s simply no way to upgrade to the Standard Edition, trapping the user in the seemingly endless grind. In fact, the situation is so convoluted, that players have to try to manually remove the Starter Edition from their library to then buy the Standard Edition on Steam with no added discount or refund for having purchased the other version in the first place.

It doesn’t seem that the publisher has learned too much with For Honor’s version, either, as it equates 8,000 Steel to somewhere between 8 and 15 hours of gameplay, meaning it could take up to 90 hours to unlock the six remaining heroes, not to mention any that might join the fray in the future. 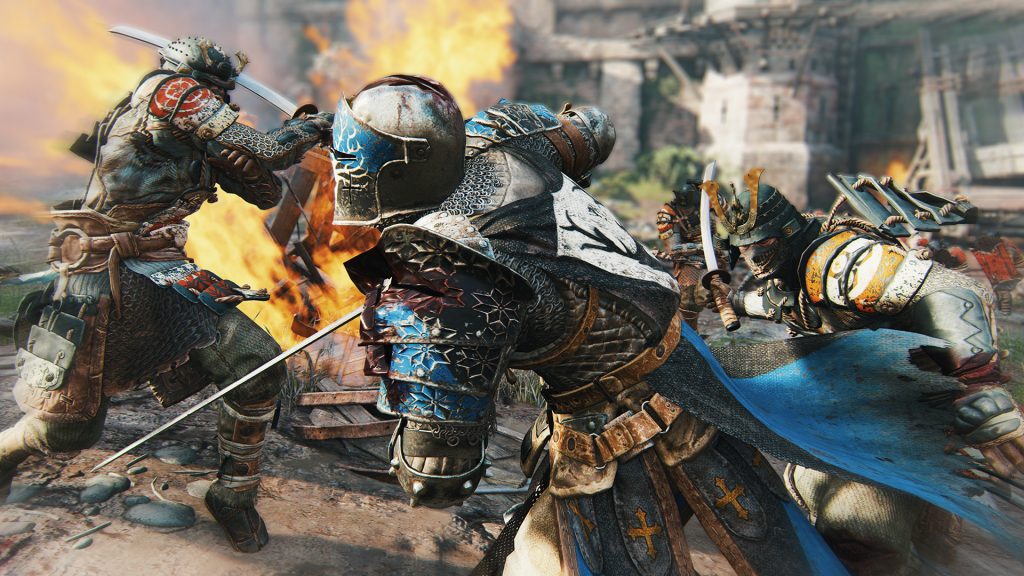 Instead of an upgrade path, Ubisoft instead encourages its premium Bundles of Steel available through For Honor’s store. This costs around $1 for 1,000 Steel, resulting in a $48 charge to avoid the grind for current heroes, and a further charge on top of that for future additions.

Despite the tantalising price point, it seems that users are still much better off investing the extra money into the standard edition, for the time being.

KitGuru Says: I’ve tried the Starter Edition of Siege and can’t wholeheartedly recommend it to anyone. With less Heroes in For Honor than Siege, it might be a better offer but Ubisoft has dedicated itself to updating its games-as-a-service titles, meaning the extra grind will cause more hassle in the coming years. Does the Starter Edition appeal to you?